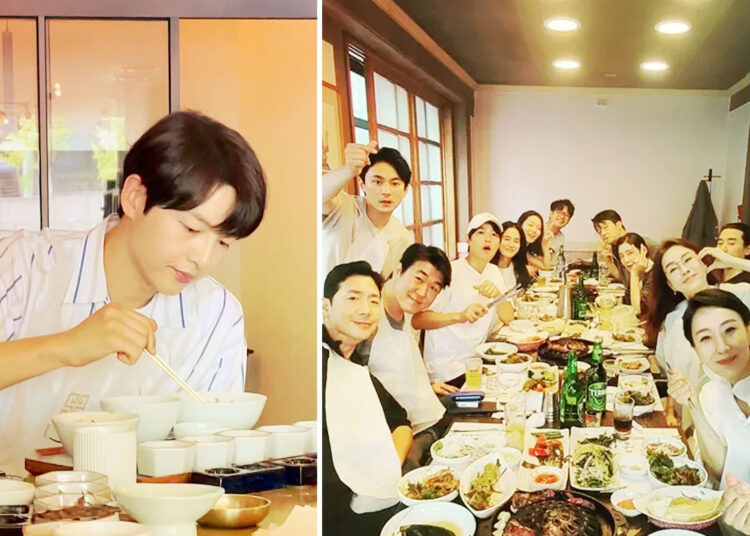 Song Joong Ki is one of the renowned actors in the entertainment industry of South Korea. He gained notoriety as a part of the original cast of the variety show Running Man (2010–2011) and the historical coming-of-age drama Sungkyunkwan Scandal (2010).

Recently the actor Song Joong Ki is working in the drama “Reborn Rich” which premiered on JTBC. On December 1, the actor Kim Do Hyun shared a picture through Instagram where the cast of “Reborn Rich” was seen enjoying their meals.

The picture was added with a caption, “The day we ate meat. #TheDayDoJoonPaid #TheYoungestSonofaConglomerate.”

Later, in 1987, Yoon awoke to find that he had been reincarnated into the body of Jin Do-joon, the youngest grandchild of the Sunyang Group who had suddenly vanished in the present. By planning a hostile takeover of Sunyang Group, Yoon begins his retaliation by taking advantage of the situation.

The drama premiered on November 18, 2022, and airs every Friday to Sunday at 22:30 (KST). On December 2, the drama was not released due to the Fifa World Cup 2022 soccer match between Korea and Portugal. The drama resumed airing on December 3.