The superhot diva wished her fans on the Christmas Eve, dropped post a beautiful red outfit. 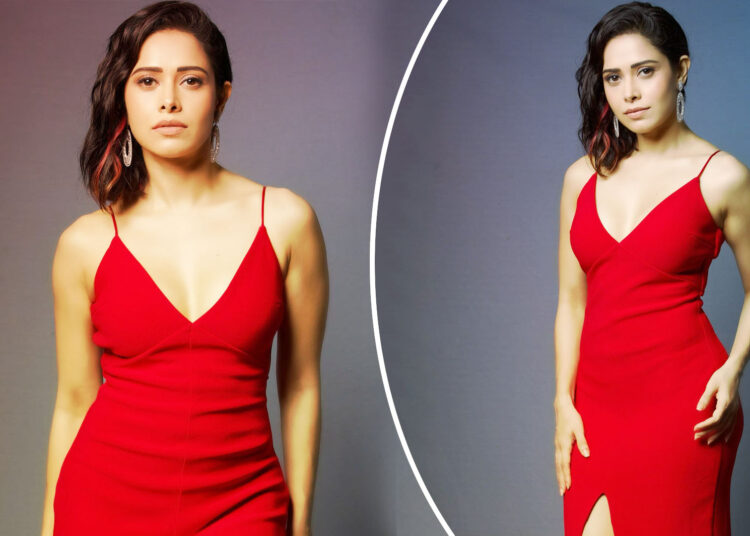 Nushrratt Bharuccha won’t let her fans celebrate Christmas without her mandatory Instagram post. The gorgeous diva is one of the s*xiest and hottest actress in the Bollywood industry, and her photos on social media get her fans drooling.

Nushrratt has over 5 million followers on Instagram and each of her posts is hot as hell, and on Christmas eve, Nushrratt Bharuccha decided to wish her fans with an IG post in which she was wearing a red bodycon dress and looked absolutely fabulous, a pair of long silver earrings, nude makeup, red lip color wrapped up her sassy look which was absolutely ten on ten.

Nushrratt’s love for solid-colored chic outfits is known to everyone as the majority of her posts are in such outfits, one of her photos in a pink mini dress in which she looked sexy as hell was viral for months and fetched millions of views.

Here you can check out some posts of Nushrratt Bharuccha on Christmas Eve.

Many fans would be shocked to know that Nushrratt started her career as a television actor and made her debut in 2002 with the daily soap Kittie Party which was aired on Zee Tv.

Nushrratt then made her Bollywood debut back in 2009 with a movie titled Kal Kisne Dekhaa, she also worked in a Telugu film but she got recognition in the year 2011 with the success of Pyaar Ka Punchnama, noticeably, it was the debut movie of actor Kartik Aryan and the movie was a commercial success.

After getting her first breakthrough, Nushrratt went on to feature in several successful movies like Akaash Vani, Pyaar Ka Punchnama 2, Sonu Ke Titu Ki Sweety, Ram Setu, and several others.

Nushrratt has also been part of some successful music videos and has worked with stars like Guru Randhawa, Yo Yo Honey Singh, and Atif Aslam.

Meanwhile, on the work front, Nushrratt has three movies lined up for 2023, Selfie alongside Akshay Kumar and Emraan Hashmi, Chhorii 2, and Akella.