Here is the List of tv series that is a must watch if you liked Little America, while waiting for the Season 2. 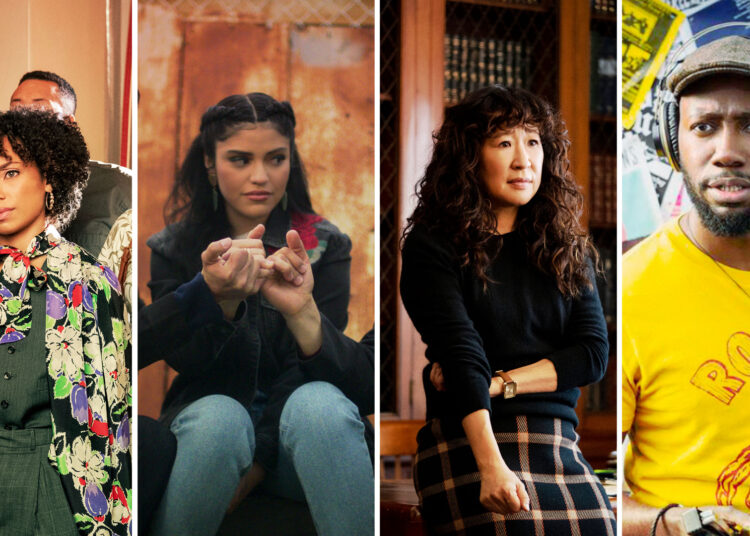 Little America Season 2 is all set to be released on Apple TV+, till then here we’re with the Top 10 TV Shows Like the series, you must go and check out.

Lee Eisenberg, Emily V. Gordon, and Kumail Nanjiani developed the American anthology tv series that is adapted from Epic Magazine’s ‘Little America’. The plot revolves around the lives of immigrants living in America and focuses on the inspiring, funny, and heartfelt side of life.

Following is the list of some other series which you would like if you have enjoyed ‘Little America’.

Mo Amer and Ramy Youssef created this comedy tv series that is loosely based on Palestinian American stand-up comedian Mo Amer’s experiences as a Palestinian refugee when he was in Houston of Texas.

Mo Amer portrayed Mo Najjar in the series. The series premiered on August 24, 2022, on Netflix.

Self Made series is adapted from American journalist and news producer A’Lelia Bundles’ biography ‘On Her Own Ground’. The plot revolves around the story of the first self-made African American Madam C. J. Walker.

Octavia Spencer portrayed the lead character for which she gained much apprehension along with a nomination for the Primetime Emmy Award for Outstanding Lead Actress in a Limited Series or Movie. The series arrived on March 20, 2020, on Netflix.

Linda Yvette Chávez and Marvin Lemus created a Gentefied comedy-drama the plot of which is set in Los Angeles and surrounds three Mexican American cousins chasing the American dream while struggling to hold on to the things they love most.

Joaquín Cosío, J. J. Soria, Karrie Martin Lachney, Carlos Santos are some of the cast members of the series. It ran from February 21, 2020 to November 19, 2021 on Netflix.

The Chair- Number of Seasons: 1

The plot revolves around Ji-Yoon who becomes the first woman of color to become head of the English Department. Sandra Oh portrayed the lead character in the series. It released on August 20, 2021, on Netflix.

Crystal Moselle created Betty American teen comedy series that is adapted from the 2018 movie ‘Skate Kitchen’ directed by Moselle which itself was based on a short film of 2016 ‘That One Day.

Dede Lovelace, Moonbear, Nina Moran, Ajani Russell, and Rachelle Vinberg are some of the primary cast members of the series. It ran from May 1, 2020, to July 16, 2021, on HBO.

Anna Chai and Aaron Saidman have directed the Living Undocumented documentary series the plot of which follows the fate of a number of undocumented families who seem to have fallen on a roller-coaster after the United States changes its immigration policies.

Dana Calvo created this American period drama series that is based on Lynn Povich’s book of 2013- ‘The Good Girls Revolt’ and also real-life incidents.

The plot is set in 1960s New York. When every other place in the free world was going through huge changes caused by the cultural revolution, the newsrooms were slow to change.

Against this background, Patti Robinson and News of the Week’s fellow women researchers struggle through relationships and careers while demanding equal treatment. Genevieve Angelson portrayed Patti Robinson in the series. It ran from November 5, 2015, to October 28, 2016, on Amazon Prime Video.

Justin Simien created Dear White People American comedy-drama that is based on the same named 2014 movie. The plot revolves around a number of colored students in a predominantly white university as they struggle with social injustice, cultural bias, and misguided activism.

Marshall Todd and Keith Knight created this comedy tv series that revolves around an African American cartoonist Keef who is about to gain success and finds his life completely changed after an unexpected event hits his life.

Somebody Somewhere- Number of Seasons: 1

This comedy series delves into the life of Sam who has always felt she is an outsider even in Kansas, her hometown. But things change for good when she comes across a community where she finds people to whom she can relate.

Bridget Everett played Sam in the series. It premiered on January 16, 2022, on HBO.