Top 5 Television Series Like Harlem Season 2, While you wait for the series

List of the must-watch television series that you should watch if you are waiting for Harlem Season 2 to release. 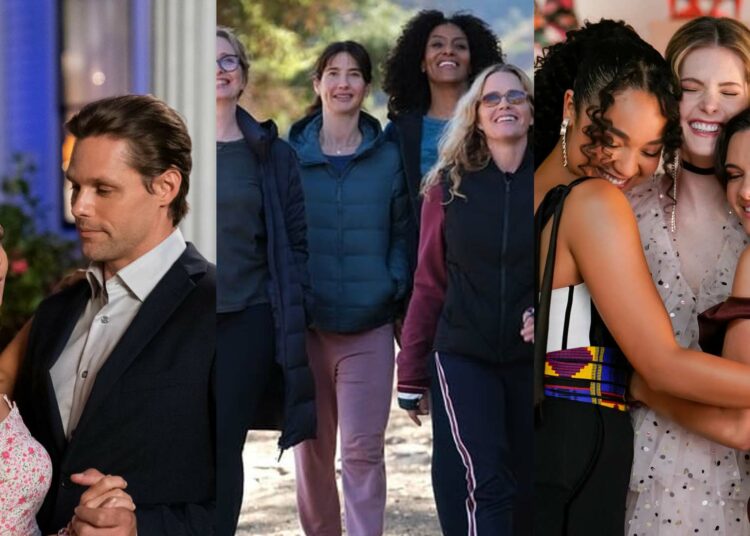 Harlem Season 2 is all set to be released next month in February 2023, and here are the Top 5 TV Shows, like the series you should give a try while waiting for the series

Amazon Prime Video‘s comedy tv series ‘Harlem’ follows four women and their close bond with each other as they have retained their friendship from their New York University days to their thirties.

The story navigates their lives in Harlem while they deal with love, career, and life as working professionals. The series premiered on December 3, 2021. In February 2022 Harlem was renewed for a Season 2 that will be released on February 3, 2023.

Following is the list of other tv series dealing with a similar storyline that you should definitely watch if you are waiting for Harlem Season 2 to be released.

The Bold Type – Number of Seasons: 5

Sarah Watson created this comedy-drama series the plot of which is inspired by the life and career of Joanna Coles, the editor-in-chief of the popular and renowned fashion entertainment magazine Cosmopolitan. It revolves around three millennial women all of whom live in New York City and are best friends with each other.

They are Jane Sloan, Sutton Brady, and Kat Edison. The trio work for a fictional globally popular women’s magazine named Scarlet which is created inspired by Cosmopolitan. Jacqueline Carlyle is the editor-in-chief of that magazine who superheads their jobs.

The story follows the three women navigating through lives in a big city dealing with romantic relationships and career trajectories.

American actresses Katie Stevens, Meghann Fahy, and Aisha Dee have portrayed Jane, Sutton, and Kat respectively in the series with Melora Hardin starring in the role of Jacqueline Carlyle. The series won seven Teen Choice Award nominations. The series ran from June 30, 2017, to June 30, 2021, on Freeform.

On the Verge – Number of Seasons: 1

Julie Delpy created this English-language French tv series the plot of which revolves around four women. Their career and lives are very different from each other – one is a chef, another is a single mother, one is an heiress, and the other is seeking a job.

Despite the versatility in their lives, they find themselves sharing a strong bond amidst themselves. The plot is set in a pre-pandemic LA and navigates the four women dealing with the struggle of work, love, class difference, and midlife crisis.

Other cast members of it include Mathieu Demy, Troy Garity, Timm Sharp, Giovanni Ribisi, Christopher Convery, etc. The series premiered on September 7, 2021, on OCS in France and internationally on Netflix.

Maddie is a recently separated woman who lives with her three children and wants to get back to work. Dana is a chef and owns a restaurant called Sullivan’s. And Helen is a successful attorney.

The three women have been best friends since childhood as they continue to stand by each other in all the struggles of life including romance, family, and career. They call their group “Sweet Magnolias“.

JoAnna Garcia Swisher, Brooke Elliott, and Heather Headley portrayed Maddie, Dana, and Helen respectively in the series. The first season which was released on May 19, 2020, scored 78% on Rotten Tomatoes.

The second season became successful too as it was watched globally for 161.3 million hours on Netflix during the first thirty days of its streaming. Season 2 premiered on February 4, 2022. The series was renewed for a third season on May 4 of that year.

Crystal Moselle created this teen comedy series adapted from ‘Skate Kitchen’ which is her 2018 feature film which was based on the short film that she made in 2016- ‘That One Day‘.

The plot revolves around a close-knit group of girl skaters as they navigate the male-dominated skateboarding world of New York. The story finds them following their regular lives in which they support and stand by each other. The title of the series is derived from the derogatory nickname by which men sometimes call them.

Most of the original feature film’s cast members return for this series to portray the group of Gen Z girls struggling to stand out in the world of skateboarding predominated by men. Primary cast members include Dede Lovelace, Moonbear, Ajani Russell, Nina Moran, Rachelle Vinberg, etc. The series ran from May 1, 2020, to July 16, 2021, on HBO.

But in reality, Judy is the hit-and-run driver responsible for the death of Jen’s husband. Despite that, the two women build a strong bond which they nurture against all odds.

Christina Applegate and Linda Cardellini portray Jen and Judy respectively in the series. The series won four Primetime Emmy nominations and ran from May 3, 2019, to November 17, 2022, on Netflix.