The beauty of V made the Fans compare him to Jane Austen's characters. 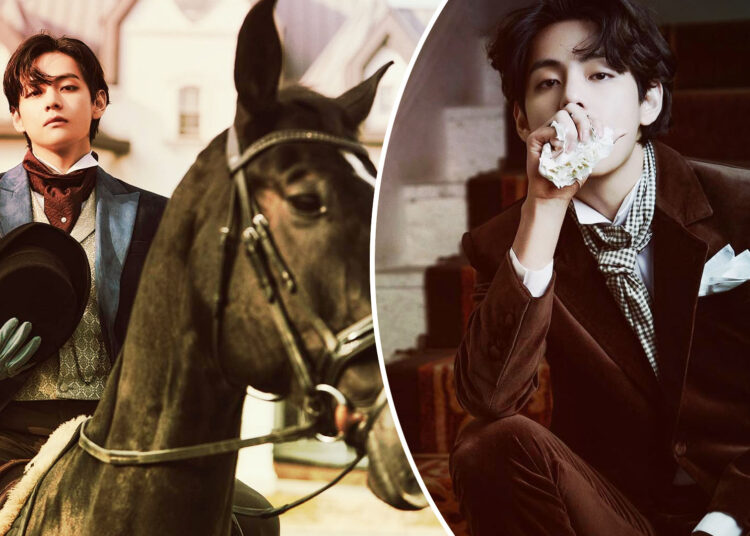 V is one of the members of the South Korean boy group BTS. Under the band’s name, V has released three solo songs: “Stigma” in 2016, “Singularity” in 2018, and “Inner Child” in 2020. All three songs reached the top 100 on South Korea’s Gaon Digital Chart.

On December 8, BigHit Entertainment uploaded the photo folio of V on their Instagram. The photographs are the newest piece of the BTS members’ photographic project “Special 8 Photo-Folio,” which allows them to exhibit their unique personalities.

V looks extremely handsome in the photos. Fans are getting bananas over him. V portrayed a gentleman having tea time or riding a horse against a backdrop of 19th-century Europe in the preview image.

V actively took part in the overall photographic project from the planning stage onward to express his unique color. The expression that he has carried throughout the video and photographs is exquisite.

In the photographs, we can see V dressed up in all fashions from the past. He brings back the aesthetics from the old times and adds sparkles to the picture.

Taehyung goes back in time for his “Me, Myself, and V” photo folio, titled “Veautiful Days,” and adopts the persona of an aristocratic British gentleman who has a perfect existence in a sumptuous country mansion while surrounded by beauty and elegance.

The innocence and the luxurious look of V in the photographs are no less than the perfect male characters from literature.

The fans went crazy after the photos from “Special 8 Photo-folio” titled “Beautiful Days” was uploaded on social media. The comments were full of love and adoration from the fans.

Some of the comments include “My eyes fell out of my sockets,” “He himself is a written Poem,” “Pride and Prejudice vibes,” “You always make my heart beat faster at the same stop” and so on.

He also co-wrote the duet “It’s Definitely You” for the soundtrack to the show with bandmate Jin.