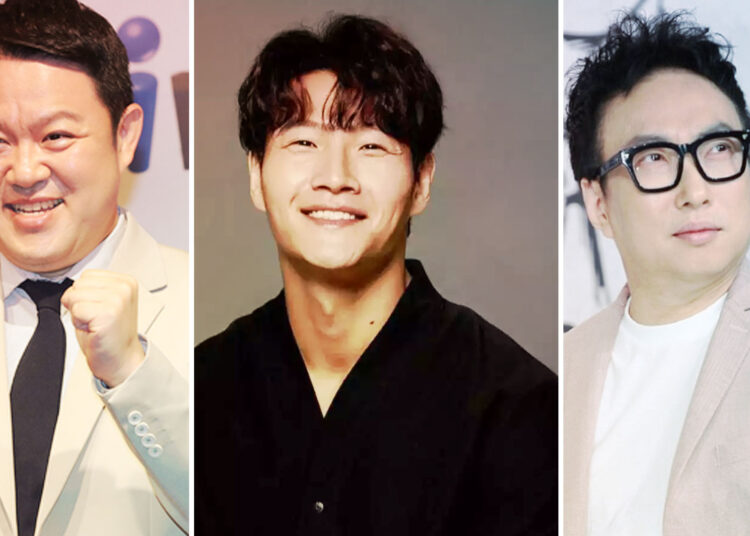 The variety star brand reputation ranking for the month of December 2022 has been announced by the Korean Business Research Institute.

The rankings were arrived at by using big data gathered from November 3 to December 3 to analyze the viewing indexes, media coverage, community awareness, and consumer participation indices of 50 well-known entertainers.

With a brand reputation index of 3,958,518 for November, Kim Min Kyung topped the chart this month with a massive increase of 486.86 percent in its score since November. Her top-ranking keyword terms were “take on a challenge,” “compete,” and “reveal,” while her top-ranking related terms were “national athlete,” “Tasty Guys,” and “shooting.”

She received 80.19 percent positive reactions, according to the positivity-negativity study. With a brand reputation index of 2,753,987 and a 39.89 percent improvement in its score from last month, Yoo Jae Suk was placed in the second position.

Ahn Jung Hwan, meanwhile, moved up to the third position after seeing a remarkable 105.08 percent improvement in his score since November.

The total index for the television personality and soccer players for December came to 1,941,867. Completing the list of the top 5 Kim Jong Kook and Park Myung Soo take up the place of fourth and fifth respectively.

The list of the top 30 for the month of December is as follows:

Kim Min Kyung is a South Korean comedian and actress who made her first guest appearance in a television drama in 2013.

Yoo Jae Suk is also a South Korean comedian, host, and television personality who has hosted several variety television shows such as Infinite Challenge, Running Man, Happy Together, and Hangout With Yoo.

Park Myung Soo is a South Korean DJ, comedian, MC, singer, and songwriter who made his debut on television in 1993 by appearing on MBC.