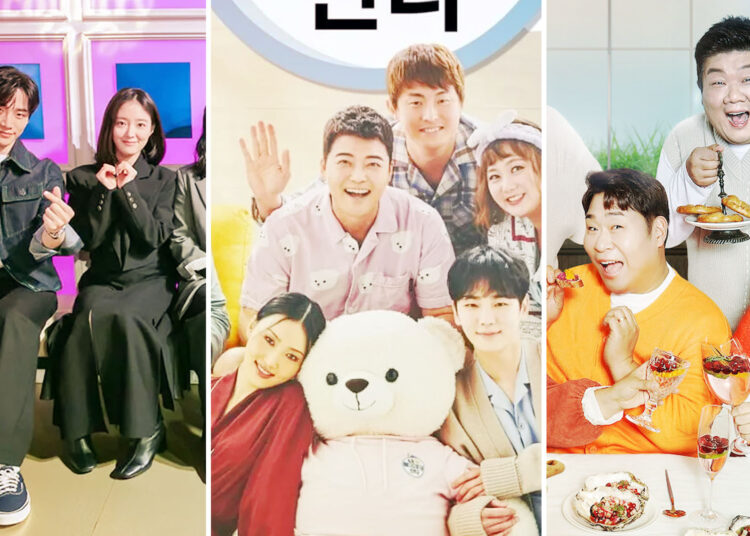 The variety show brand reputation ranking for the month of December 2022 has been announced by the Korean Business Research Institute.

The rankings were arrived at by using big data gathered from November 4 to December 4 to analyze the viewing indexes, media coverage, community awareness, and consumer participation indices of 50 well-known variety programs.

With a brand reputation index of 5,583,697 for November SBS’s “Running Man” topped the chart this month with an increase of 6.20 percent in its score since November.

“BTS’s Jin,” “Yoo Jae Suk,” and “Jo Se Ho” were among the show’s top-ranking phrases in the keyword analysis, along with “appear,” “raise,” and “solve,” which were among its top-ranking related terms. 81.69 percent of the responses were favorable, according to the program’s measurement of positivity and negativity.

“Running Man” is a South Korean variety show in which the MCs and guests have to complete missions at landmarks in order to win the race. With a brand reputation index of 4,462,590 and a 32.43 percent improvement in its score from last month, MBC’s “How Do You Play?” climbed to the second position.

With a brand reputation index of 4,436,583, “Knowing Bros” (“Ask Us Anything”) on JTBC placed in third place, moving up 12.95 percent since November. The fourth and fifth place in the brand reputation ranking was grabbed by MBC’s “Home Alone” (“I Live Alone”) and SBS’s “My Little Old Boy” respectively.

The top 20 for this month’s brand reputation rankings are as follows: