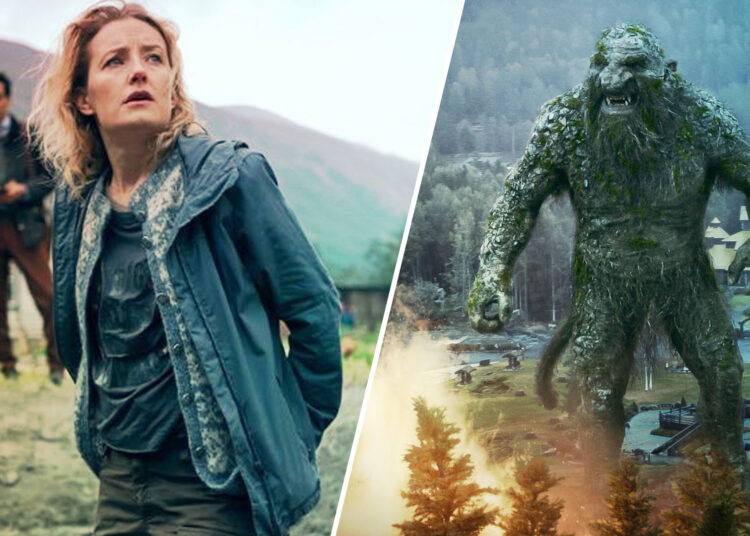 Netflix Troll was released on 1st December  2022. Something enormous emerges from the mountain of Dovre’s core after being imprisoned there for a millennium.

The beast is rapidly reaching the Norwegian capital while destroying everything on its path. But how do you put an end to something you believed was Norwegian folklore only?

With her mother dying when she was a little girl and her father “going crazy” and being locked away because of his beliefs, Nora has experienced loss and pain throughout the movie. She can relate to the Troll and understand its loneliness as a result, in contrast to most people who only regard it as a potential weapon of mass devastation.

Even though the Prime Minister is unaware of the grave consequences of his decision, he consents to use nuclear bombs to exterminate this “natural” creature.

This action movie relies on the Troll and Nora’s slight chemistry. However, in the film, Nora, Tobias, Andreas, and Kris all demonstrate the good qualities of humanity by working with one another, “listening to their hearts,” and having faith in what they’re doing.

The death of Tobias is all but forgotten until the very end when Nora suggests renaming the Troll Rock in his honor. A deeper exploration of Rikard Sinding’s motivations for imprisoning Tobias and some friendly banter between the two characters would have been a welcome change of pace in this otherwise disjointed film.

Instead, the film makes the most of its slow-motion action sequences and surreal soundscapes to create an exciting cat-and-mouse chase film like Jurassic Park.

In the brand-new action-fantasy film, a catastrophic eruption and the deaths of several workers and activists are caused by a big ancient beast waking near the Dovre Mountains in Hjerkinn. Because of this, Nora starts to think that the king and troll fairytales her father used to tell her are real.

Tobias Tidemann, Nora’s father, is the topic expert on this issue. Therefore she asks his opinion. Tobias recognizes the monster as a troll, a legendary creature they first saw with their own eyes.

Tobias is aware that, in contrast to common opinion, trolls are not dangerous and are pretty sensible as the task force begins to open fire on the monster. Tobias continues to submit to the Troll and engages it in conversation, explaining that he is not there to hurt it.

The monster appears to comprehend this as it halts its movement. The Troll becomes enraged as another task force member fires at it.

As Nora runs to his father, Tobias tragically dies after saying a series of words like “palace,” “king,” and “home.”

The creature grows angry and seems like it will go on a rampage as the head drops from its hand. Nora recalls a folktale her father told her that trolls are supposed to turn to stone when exposed to direct sunlight to try to stop it.

With the support of Kaptein Kristoffer Holm’s task force, she sets up a lot of lights and finally stops the beast, stopping the government from firing the missile. Nora runs to switch off the lights after realizing that the creature won’t withstand the lights’ power.

Fortunately, the sun rises shortly after, and when it hits the creature’s flesh, it turns to stone and takes the form of a mountain.

At the emotional end of the story, Nora honors her father by naming the freshly formed mountain “Tobias Boulder.”