The official Guardians of the Galaxy Vol. 3 teasers have been released by Marvel Studios, offering fans their first look at the eagerly anticipated MCU movie! 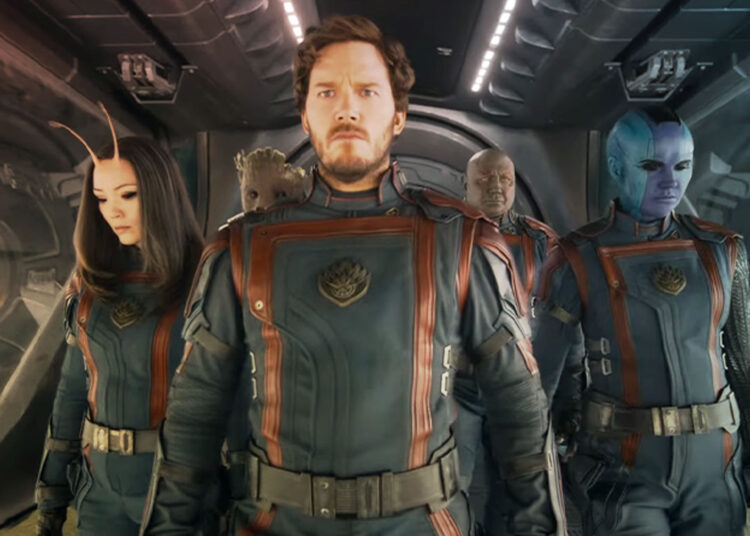 Guardians of the Galaxy Vol. 3: What We Know About the Final Film in the Trilogy So Far.

Marvel fans have been impatiently awaiting the Guardians’ return in their feature movie, and thankfully, the wait will not be too long.

The outstanding presentation answered many of our questions, including the release date, the characters we’ll see, and the tone we can expect.

You may start counting down the days as Marvel has confirmed that Guardians of Galaxy Vol 3 will premiere on May 5, 2023. The third Guardians film will be the second in the MCU’s hectic Phase 5 schedule, marking the midway mark of the Multiverse Saga. Vol. 3 will be available on Disney+ shortly after its cinematic run.

So if Marvel’s Disney+ release pattern holds, we may expect to see the picture on the streaming platform about a month after May 5, 2023.

The cast members of Guardians of the Galaxy Vol. 3

One last adventure is hinted at in the Guardians of the Galaxy Vol. 3 teasers.

Guardians of the Galaxy Vol. 3 teaser begins with Peter Quill (Chris Pratt), Called Star-Lord, & Nebula (Karen Gillan) encountering a bunch of Ravagers, and Quill is surprised to see that his lover Gamora (Zoe Saldana) is heading the crew of space pirates.

However, she is not the girlfriend Quill is familiar with, as Thanos killed Gamora in Avengers: Infinity War. The Gamora in Vol. 3 comes from an alternate reality where she has yet to meet Quill and is sent to the main MCU realm by Thanos from her universe.

While Thanos and the rest of Thanos’ armies vanished, Gamora was the solitary survivor, leaving to find her place in this weird new dimension. The trailer proceeds with Quill attempting to convince a skeptical Gamora of their life before Infinity War.

Following that, in the classic Guardians of the Galaxy tradition, a catchy melody accompanies the trailer, although it’s a little more current than the 70s/80s stuff heard in the prior flicks. Gunn justified the music choice, saying it was supposed to reflect the team’s “maturing,” so we may hear more modern tunes when the film is released.

The trailer’s general tone is considerably darker and more dramatic than anybody could imagine, with numerous characters seen in quick moments where they appear to be in great pain or misery.

The past of Rocket (Bradley Cooper), in particular, appears to have a strong presence in the movie, as demonstrated by cameos from both a baby and a younger version of him. His sensitive and tragic history will presumably be only one aspect of a film that is expected to be among the most emotional entries in the MCU.