Also mentioned some content that are be a big part of Gossip Girl Season 2 like the Hamptons tour and the debutante ball. 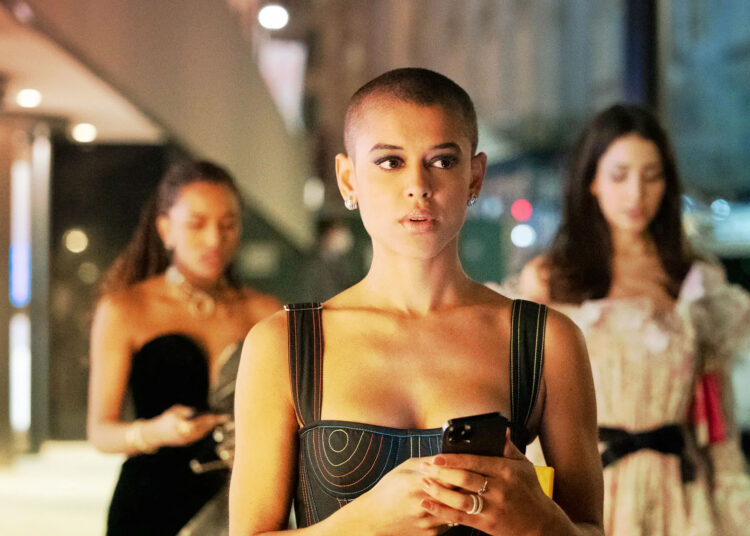 Joshua Safran has developed the teen drama television series ‘Gossip Girl for HBO Max. The series is the standalone sequel of the same named series that was on The CW from 2007 to 2012. Co-creators of the original series Stephanie Savage and Josh Schwartz serve as executive producers for the sequel and present series.

American actress Kristen Bell narrated the original series during its run and has reprised his role as the seemingly omnipotent narrator for this series too.

In July 2019 the series was first ordered. Filming was delayed for the Covid 19 pandemic. The first season consisted of two parts having six episodes each. The first part premiered on July 8, 2021, and the second part arrived on November 25 the same year. In September 2021 Gossip Girl Season 2 got renewed.

About the Premise of Gossip Girl Season 2:

Gossip Girl Season 2 of the series is not a direct continuation of the original series. But it is set in the same world and previous characters are able to be referred and to potentially reappear. A new set of characters having different views are presented in the sequel.

Almost a decade has passed since the events of the original series and a new group of Manhattan private schoolers has taken the lead. The sequel season shows the huge change made in social media and also in New York City during the time gone.

The first season, for some viewers, did not manage to provide the classic ‘Gossip Girl vibes. But showrunner Safran has some good news for them as he has confirmed that Season 2 carries “more reminiscent of the original” and it is “bigger, faster, meaner, funnier”.

He also mentioned some content that are be a big part of Gossip Girl Season 2 like the Hamptons tour and the debutante ball.

Canadian actress Jordan Alexander will be reprising her lead role as Julien Calloway in the second season. This is her breakout role which is preceded by her first major role as Elsie/Maya in the 2020 Facebook Watch series ‘Sacred Lies.

The character of Zoya Lott will be reprised by Ugandan-Canadian actress Whitney Park in the second season. She played Stella in the American biographical crime movie ‘Molly’s Game’ in 2017.

From 2019 to 2020 she was cast as Judith Blackwood in Netflix’s popular supernatural horror series ‘Chilling Adventures of Sabrina‘. Her other television credits include ‘Home Before Dark and ‘Hocus Pocus 2‘.

American actress Tavi Gevinson will be seen in the role of Kate Keller again. She starred in the films Enough Said’, ‘Goldbricks in Bloom’, ‘And person to Person’ and as the main voice cast member in the adult animated tv series ‘Neo Yokio’.

Otto Bergmann IV or Obie will be portrayed by American actor Elijah Brown again. He previously starred in the films The F**k It List’, ‘Run Hide Fight’, ‘Wrath of Man’ and in the tv series ‘Pretty Little Liars: The Perfectionists and ‘Spinning Out.

The role of Maximus Wolfe or Max will be reprised by Scottish actor Thomas Doherty in the upcoming season.

His films include ‘Descendants 2 and 3 and ‘The Invitation’ and his tv series include ‘The Lodge’, ‘Catherine the Great, ‘Legacies‘ etc.

American actress Emily Alyn Lind will be seen reprising her role as Audrey Hope in the upcoming season. She was cast in the tv series ‘Eastwick’, ‘All My Children, ‘Revenge’, ‘Code Black’ and in the films J. Edgar’, ‘Jackie & Ryan’, ‘Replicas’, ‘The Babysitter: Killer Queen‘, ‘Every Breath You Take’ etc.

Akeno “Aki” Menzies will be portrayed again by American actor and skateboarder Evan Mock in the second season. Mock modeled for brands including Louis Vuitton previously.

The character of Nick Lott will be reprised by American actor Johnathan Fernandez in the coming season. He also appeared in ‘Lethal  Weapon, ‘Girls’, ‘Bull’, ‘We Need to Talk, etc.

American actor Adam Chanler-Berat has reprised the role of Jordan Glassberg in the upcoming season. He previously acted in the films ‘The Life Before Her Eyes’ and ‘Delivery Man’ and in the series ‘It Could Be Worse’ and ‘The Code’.

The character of Luna La will be reprised by American actress Zión Moreno in the second season. Her other tv series credits are ‘K-12’, ‘Control Z’, and ‘Claws‘.

American actor Almond who has also starred in ‘Law & Order: Special Victims Unit will reprise the role of Gideon Wolfe in the second season.

The character of Kiki Hope will be portrayed again by American actress Laura Benanti in the upcoming season. Her tv series credits include ‘Law & Order: Special Victims Unit, ‘Go On, ‘Nashville’, ‘The Detour’, ‘Younger’ etc.