After divorce finalization, Kanye West will be able to attend birthday parties of his kids without any interruptions! 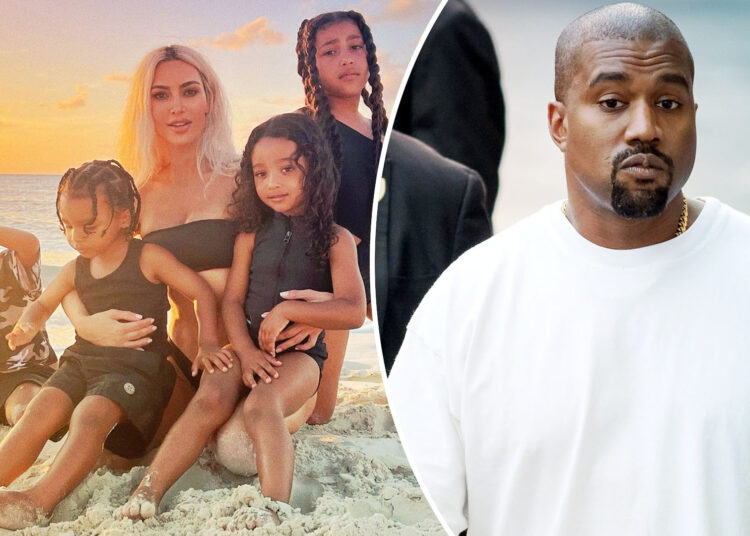 But if we talk about these things when we cannot forget about how everything becomes public if it is related to life, especially the separation of them.

Among them are Kanye West and Kim Kardashian who finally got legally separated. As a result of this, he cannot move his kids away from Kim Kardashian but he can attend their birthday parties.

The 42-year-old Kim Kardashian and Kanye West are legally over with each other but the family will continue to be on function.

Here Is More About Kanye West and Kim Kardashian’s Joint Custody of Kids.

They both will take care of the children jointly by sharing legal custody. According to the documents obtained on 29 November 2022, some details came forward. In these details, Kanye West would not be able to move his children away from his mother living in Los Angeles but will attend all the birthday parties.

It was written in the document that until the time the children will have their minor age: “neither parent shall move the Minor Child’s residences more than 60 miles from the existing residences in Hidden Hills, California, without first obtaining the written agreement of the other party or an order of the court.”

The rapper will now pay $200000 per month for the support of his four children. And when it comes to the birthday celebration of his children then it is not just related to Kim Kardashian but also the decision would be taken by Kanye West.

It was a few months ago when he has accuse the mother and her family of not letting him attend the birthday parties of his children.

As a result of this, he is just wishing and hoping that these things would not repeat in the future. According to the things that said by him.