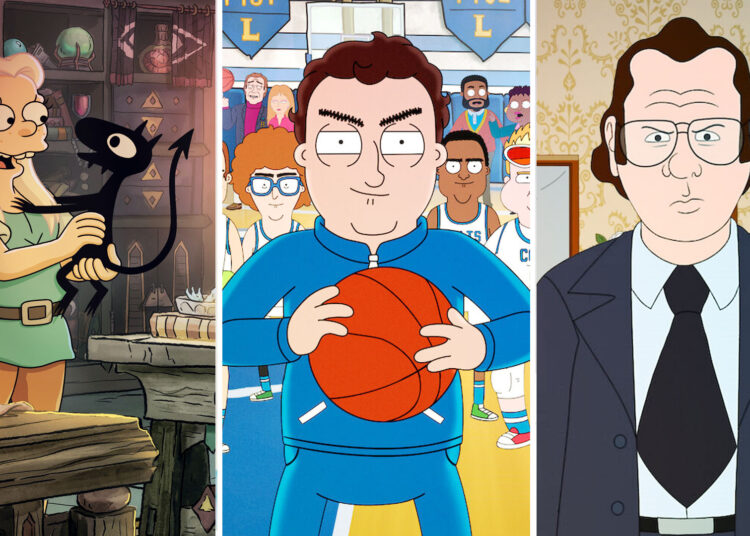 Paradise PD Season 4 is a popular adult animated sitcom of America that is created by Roger Black and Waco O’Guin. The series falls under the surreal and black comedy genre. The plot primarily revolves around a small-town police department that is highly incompetent in the face of rampant crime in the town.

Some of the weird characters of the town include Police Chief Randall Crawford, his ex-wife Karen Crawford, their son Kevin Gina Janowski, Dusty Marlow on whom Gina lusts, Stanley Hopson, Fitz who has a double life of drug kingpin, drug-addicted dog Bullet, etc.

The series premiered on August 31, 2018, on Netflix. The second and third seasons released in 2020 and 2021 respectively. Paradise PD Season 4 and the final season have been renewed and are all set to release on December 16, 2022, on Netflix.

Following is the list of 10 more adult animated series that you can watch before the finale of ‘Paradise PD Season 4’.

Chris Witaske, Katie Rich, and Jon Barinholtz have created this American animated sitcom that centers on the primary protagonist Diane. Diane is the life of any party she goes to which has given her the name Chicago Party Aunt. She also helps her neighbors and always tries to stay true to her life mantras.

Canadian actress and comedian Lauren Ash portrayed Diane in the series. The first season premiered with eight episodes on September 17, 2021. The second season is set to arrive on December 30, 2022.

Ben Hoffman has created Hoops animated sitcom that follows a hot-tempered and foul-mouthed basketball coach of a school and his determination of turning his really bad team around so that it takes him to the big leagues.

F Is for Family- Number of Seasons: 5

F Is for Family is a very popular adult animated comedy-drama by Bill Burr and Michael Price. The plot revolves around a family that includes the hot-tempered Frank Murphy, his wife Sue, and three children. The series satirizes the so-called American dream prevalent in the 1970s including marriage.

Bill Burr, Laura Dern, Justin Long, Debi Derryberry, Haley Reinhart, and Mo Collins are some of the voice cast members of the series. It ran from December 18, 2015, to November 25, 2021, on Netflix.

The plot of the series is set in the titular town and focuses on a forty years old boy detective John Hunchman who solves mysteries for teenagers with the help of his high school archenemy David Purefoy.

John Hodgman and David Rees, who are the creators and writers of the series, serve as voice cast members too. The series premiered on July 9, 2020.

Inside Job- Number of Seasons: 2

Inside Job is another very famous animated sitcom in America that falls under the sci-fi genre. At the center of the plot, there is a fictional American shadow government organization that runs many conspiracy theories and tries to keep them as secrets.

A tech genius and her new partner alongside some reptilian shape-shifters, a sapient mushroom, and a human and dolphin hybrid are some of the workers of the organization. The series premiered on October 22, 2021, on Netflix.

Trailer Park Boys: The Animated Series Canadian adult animated black and crime comedy series is the spin-off and sequel of the same named mockumentary comedy series of 2001. It premiered on March 31, 2019, on Netflix.

Disenchantment animated satirical historical fantasy series is set in a medieval fantasy kingdom and follows an alcoholic princess, her innocent elf friend, and her personal demon. The series premiered on August 17, 2018, on Netflix.

Adventure Beast adult animated series revolves around a brace zoologist who travels all over the world with his niece and assistant to explore the world and save wildlife while embarking upon various misadventures. The series premiered on October 22, 2021.