Nicolas Cage is undoubtedly one of the most well-known actors working in Hollywood today. 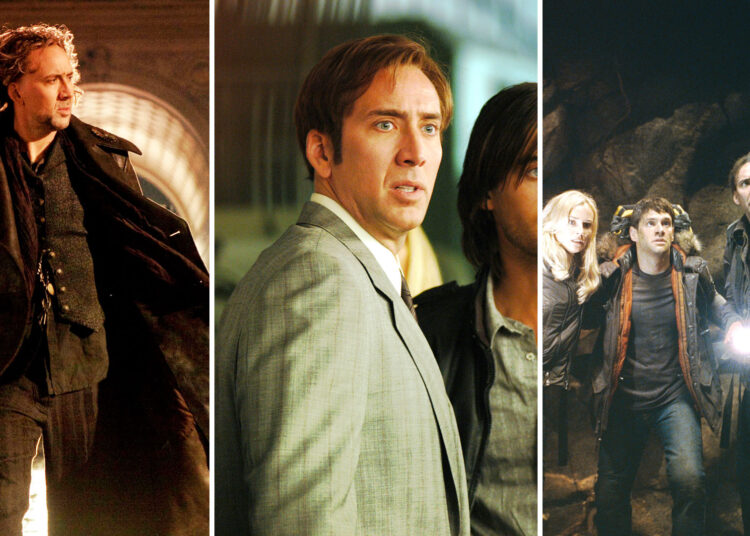 Nicolas Cage is undoubtedly one of the most well-known actors working in Hollywood today. Cage is one of Hollywood’s most brilliant actors, whether it’s due to his flexibility or the development of a new acting technique called method acting.

Aside from acting, Cage is a huge comic book collector, the owner of several exotic animals, and a car enthusiast.

Over the course of his career, Nicolas Cage has garnered a reputation for being rather odd. He has starred in a number of illustrious films that are destined to become modern classics, in addition to a few screwball comedies that bring out the most peculiar aspect of his singular acting style.

So, here in this article, we will discuss about “Top 10 Nicolas Cage Movies”. Therefore, if you are a fan of Nicolas Cage and want to learn about his best movies, read this article all the way through to the end.

The list of the top 10 Nicolas Cage movies is listed below:

The Family Man is one of those iconic Nic Cage comedies that, despite unfavorable reviews from critics, people like. The movie centers on Nicolas Cage’s character Jack Campbell, who, despite having abandoned family life years earlier, miraculously awakens one day with a wife and kids.

Everyone is aware of Cage’s ability to consistently deliver an amusing and engaging performance, but The Family Man is where his sense of comedy really comes to life.

Gone in 60 Seconds, which stars Nicolas Cage and is considered to be one of his most famous action movies of all time, is an extremely intense shot of adrenaline that doesn’t even give the audience a second to breathe during the entirety of its chaotic and unusual plot. The entire 120 minutes are dedicated to action.

The narrative centers on Nicolas Cage’s character Memphis Raines, who is compelled to return to the criminal underworld in order to rescue his brother’s life after learning that he is in danger from a legendary gangster.

One of Cage’s most suspenseful and dramatic movies to date, Lord of War tells the story of Yuri Orlov and his attempts to escape an angry Interpol agent.

Cage delivers one of the most impressive performances of his career as the hunted protagonist, expressing a diverse variety of feelings and concerns throughout the course of the movie.

Lord of War is incredibly exciting to watch because of Cage’s interactions with Jared Leto and Ethan Hawke, who play supporting roles.

National Treasure: Book of Secrets is an American action-adventure film that was released in 2007 and was directed by Jon Turteltaub. Jerry Bruckheimer was the film’s producer.

It is the second installment in the National Treasure franchise and a follow-up to the 2004 film National Treasure. The narrative is perhaps much more complicated and compelling than the original, as Cage returns to the lead role of Benjamin Gates.

Con Air is an American action thriller film that was released in 1997 and directed by Simon West. The film stars Nicolas Cage, John Cusack, and John Malkovich. In the movie Con Air, Cameron Poe, played by Nicolas Cage, is found guilty of a crime he didn’t commit, but just before his release, his plane is kidnapped by other criminals.

After that, Poe is responsible for regaining control of the aircraft and getting himself to a safe location. It’s undoubtedly one of his most well-known roles, and it exemplifies wonderfully how adaptable and entertaining he can be, especially in these kinds of too action-packed movies.

The Rock, a film by infamous action director Michael Bay, centers on the characters played by Nicolas Cage and Sean Connery as they band together to stop a dishonest Brigadier from launching rockets onto the city of San Francisco.

The main performances by Cage and Connery further enhance the film’s drama and excitement. It’s one of his funniest movies to date, and it’s doubtful that another action movie will ever be able to match its uniquely tremendous energy.

Leaving Las Vegas is one of the more sinister comedies that Nicolas Cage has directed, despite the relatively innocent love story at the film’s center.

Ben Sanderson, a depressed, alcoholic screenwriter who goes to Las Vegas to drink himself to death, is portrayed by Nicolas Cage in the film Leaving Las Vegas.

There he meets local prostitute Sera and chooses on the spot to move in with her.

Walt Disney Pictures is responsible for producing the American heist action-adventure film National Treasure, which was released in 2004.

In the movie, historian Benjamin Franklin Gates searches with his friends Riley Poole and Abigail Chase for a vast lost Freemason treasure, the location of which is indicated on a map concealed on the back of the Declaration of Independence.

Raising Arizona is a crime comedy that was released in the United States in 1987. It was one of the earliest movies made by the Coen Brothers, who have gained immense fame over the years for their wide range of comedies and dramas.

It tells the tale of “Hi” McDunnough, a man played by Nicolas Cage, who kidnaps a little child and decides to raise him as his own.

Face/Off is arguably one of the craziest but most interesting movies ever made. Nic Cage and John Travolta give two outstanding performances as characters who have cosmetic surgery to change their appearances and play one other.

Face/Off, directed by John Woo, has a tonne of memorable action scenes and set pieces that are undoubtedly some of the most entertaining ever filmed.