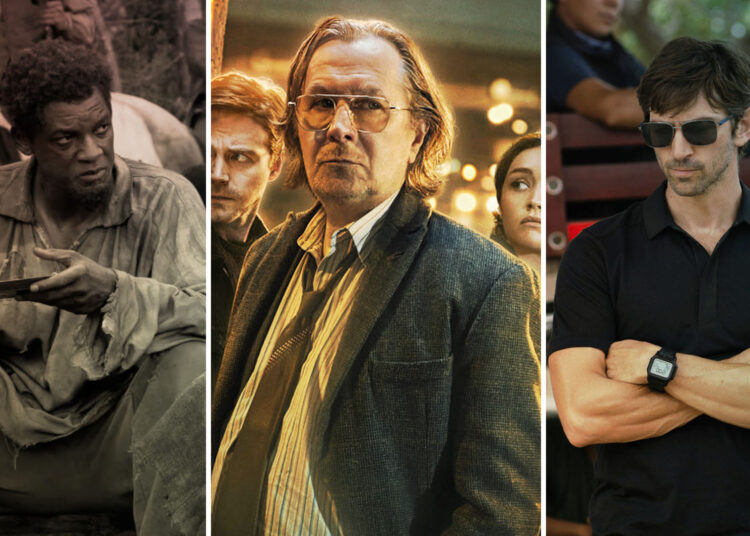 Apple TV+ provides exclusive Apple original television shows and movies in 4K HDR quality. Throughout the entirety of 2022, AppleTV+ has continued to be successful in acquiring new customers thanks to its ever-evolving and an intriguing lineup of titles, many of which are streamed exclusively on the platform.

The fact that the Apple original film CODA won the Oscar for Best Picture and made history in the process certainly contributed to the streamer having a successful year.

The library of AppleTV+ keeps expanding, and several original projects in a variety of genres and media are often commissioned. The most appealing aspect of each title is how new it seems, and they will undoubtedly keep you entertained for hours during the holiday season.

Here are the top 8 TV shows that will be available on AppleTV+ in December 2022, from the last episodes of Shantaram to the debut of Little America season 2.

The list of top 8 TV shows which is going to premiere on Apple TV+ in December 2022 is listed below:

The television show Slow Horses is adapted from the novels written by Mick Herron. The second season will debut on December 2 after the first season’s premiere on Apple TV+ in April of this year.

This comedy follows a dysfunctional gang of MI5 operatives as they negotiate the smoke and mirrors of the espionage world to safeguard England from bad powers. Along with them is their unpleasant boss, the famed Jackson Lamb, who adds to the comedic tension of the show.

Little America, an American anthology streaming television program, was made for Apple TV. This show’s second season, which consists of eight episodes, is set to premiere on December 9, 2022.

The series, which depicts the tale of immigrants in America, comes from the director of CODA, the Oscar-winning success story.

The critically acclaimed television series “When Heroes Fly,” produced by Omri Givon and based on the same name novel by Amir Gutfreund, served as the inspiration for “Echo 3“. The first episode of the series released on November 23, and it will run until January.

The language of series is presented in both Spanish and English, and it is set in South America. The series combines personal drama with the backdrop of a covert war.

Gregory David Roberts’s novel of the same name served as the inspiration for the production of the drama-thriller series Shantaram, which was produced by Eric Warren Singer and Steve Lightfoot.

The tale, which centers on an Australian bank robber by the name of Dale, is motivated by experiences in Robert’s own life. The show debuted in October 2022, and on December 2 of this year, it will conclude with its last episodes.

The 2017 comedy How to Be a Latin Lover served as the basis for the Spanish/English comic series Acapulco.

The first season debuted in October 2021 and is centered on Maximo, who is given a job at the best hotel in Acapulco, which was his dream job; however, he rapidly learns that there is more to it than he initially believed there would be.

The comedic series Mythic Quest was developed by Charlie Day, Megan Ganz, and Rob McElhenney. The show, which debuted in 2020, centers on a fictitious video game firm that creates the game Mythic Quest.

The Mythic Quest Season 3 had its debut on November 11 and will continue for audiences to enjoy during the holiday season through December and January.

Based on the novel of the same name, The Mosquito Coast is an American television drama series that was created by Neil Cross and Tom Bissell. The second season’s first episode released in November, and it will start airing again on December 2 and run through January.

The Mosquito Coast follows the Fox family as their patriarch Allie Fox (Theroux), a cunning innovator and obstinate idealist, uproots his family from the US and attempts to settle them in a better location, in part out of displeasure with America’s burgeoning capitalism.

Emancipation is a 2022 historical action movie that was written by William N. Collage and directed by Antoine Fuqua in the United States of America. It is based on the true story of Gordon, a former slave who goes by the name “Peter” in the movie.

In 1863, images of Gordon’s naked back, heavily scourged from an overseer’s whippings, went viral and served as evidence to the abolitionist movement of the brutality of American slavery.