The Canadian actor Ryan Reynolds, who has starred in a number of blockbuster films and made headlines. 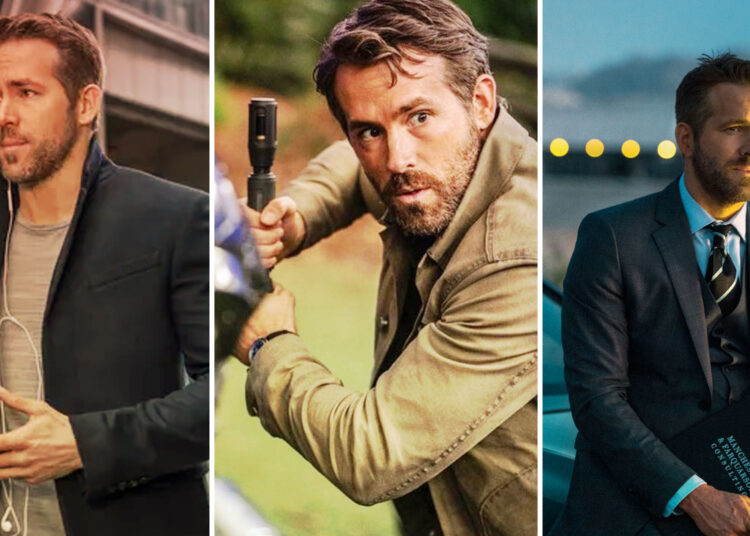 Ryan Reynolds has one of the most fascinating appearances in the history of Hollywood. The Canadian actor Ryan Reynolds, who has starred in a number of blockbuster films and made headlines, has really found his stride in recent years. He has taken on several iconic roles.

The native Canadian first achieved fame with the 2002 comedy National Lampoon’s Van Wilder after making his debut in a minor TV project called Two Guys, a Girl, and a Pizza Place.

Over the years, Ryan Reynolds has been well-known for appearing in a number of high-profile films, frequently in very similar roles. He is the witty protagonist, with a quip for every move he makes.

Therefore, we will talk about the “Top 10 Ryan Reynolds Movies” in this article. Therefore, if you are a fan of Ryan Reynolds and want to learn about his best films, read this post all the way through.

The following is a list of the top 10 Ryan Reynolds movies:

Definitely, Maybe is a romantic comedy movie that was released in 2008 and was written and directed by Adam Brooks. Ryan Reynolds, Isla Fisher, Rachel Weisz, Elizabeth Banks, Abigail Breslin, and Kevin Kline are some of the actors that star in the movie.

The movie, which is set in New York City, is about a former political consultant who tries to explain to his daughter why he is getting a divorce by telling her about his previous relationships and how he came to marry her mother.

The movie made $55 million in revenue all around the world.

The Adam Project, a Netflix original, ended up becoming a tremendous hit with viewers on IMDb. Reynolds had the opportunity to play a totally different kind of hero in the movie, which paid clear respect to early Spielberg productions.

Rob McKittrick is the man behind the writing and directing of the independent American black comedy film Waiting…, which was released in 2005.

The story takes place over the course of one work shift at the restaurant and truly gives Reynolds a chance to show off his charms by flirting with the host, charming clients, and having a good time with his coworkers all the time. In its debut weekend, the movie brought in more than US$6 million, more than twice its original budget.

The Proposal is a 2009 American romantic comedy movie that was written and directed by Anne Fletcher. The story revolves around a Canadian executive who, after learning that her request to renew her visa has been denied, discovers that she may have to leave the United States.

She persuades her assistant to serve as her fiancé for the time being since she is determined to keep her job as editor-in-chief of a publishing business.

The 2019 American vigilante action thriller 6 Underground was written by Paul Wernick and Rhett Reese and directed by Michael Bay.

It centers on a group of individuals who decide to create a vigilante team by pretending to die in order to overthrow a brutal dictator.

The movie has a $150 million budget, making it one of the most costly Netflix originals ever produced. It garnered fairly mixed reviews, with acclaim for Reynolds’ portrayal and action sequences.

Reynolds co-stars in this 2017 action/comedy alongside one of Hollywood’s major hitters, Samuel L. Jackson. His comedic, action, and dramatic chops truly push Reynolds to hold his own, and the buddy cop riff is elevated to another level by these two stars.

Jackson takes on the role of the antagonist, a hitman, while Ryan Reynolds portrays a bodyguard who is down on his luck and seeking to rebuild his name by guarding his adversary.

This 2019 action/mystery film from director Rob Letterman is based on the Pokémon video game franchise. Even though the film received a variety of responses from critics, one of its primary pulls was Ryan Reynolds, and his performance as the lead character is what really helped the film stay afloat.

Reynolds doesn’t appear in any other movie on Ranker’s list but this one. Fans of Pokémon will love the Easter eggs and references in this film.

Rawson Marshall Thurber is the man behind the writing and directing of the American action comedy picture Red Notice, which was released in 2021. In the movie, an FBI agent reluctantly works with a well-known art thief to apprehend an even more famed thief.

The movie became the most-watched movie on Netflix in both its first weekend and the 28 days following its release. Additionally, it rose to the fifth-most-streamed movie of 2021.

A 2018 American superhero movie titled Deadpool 2 is based on the Marvel Comics character Deadpool. In order to defend a young mutant from the time-traveling soldier Cable, Deadpool creates the X-Force in the movie.

Critics gave the movie mostly favorable reviews; some thought it was better than the first one and praised the humor, cast performances, plot, and action scenes, while others criticized the tone, storyline, and recycled jokes.

Ryan Reynolds and Denzel Washington are the stars of the 2012 American action thriller Safe House, which was written and directed by Daniel Espinosa. The movie received mixed reviews, with some praising Washington and Reynolds’ acting and others criticizing the script and the way the action scenes were edited.

Despite this, Safe House was a commercial success, grossing $208 million worldwide against an original budget of $85 million.