Beyonce was seen all smiling with her husband Jay-Z in her casual outfit of navy blue! 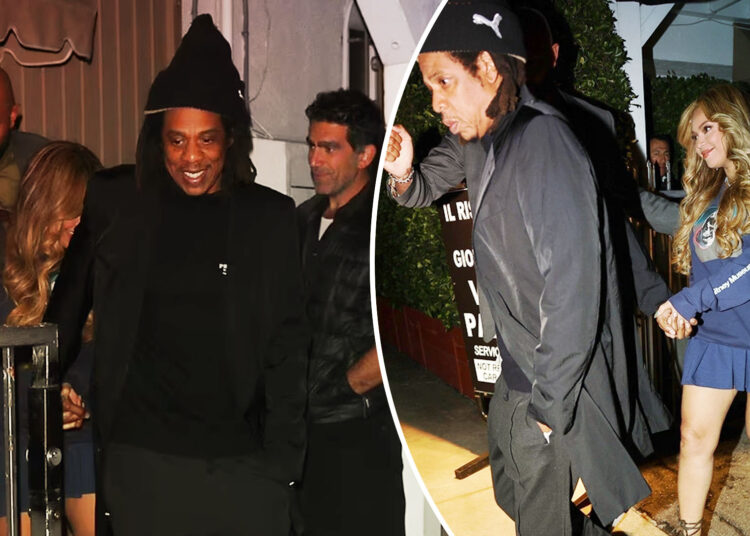 Recently Beyonce and Her Husband Jay-Z Were Spotted at the Whitney Museum of American Art. Fashion is something that goes well in any circumstance if celebrities know how to carry it well.

Whether it is related to having a date with their partner or just to a casual outing for their needed thing. If we take a glance at the recent outing of some celebrities then fashion statements became one of the trendy things.

And if these things blend well with their romance then no one can stop them from getting all the headlines. Something like this happened with the singer Beyonce who was recently seen wearing a mini skirt as she was holding the hand of her husband Jay-Z in a rare public appearance.

We have always seen the amazing Beyonce in great and beautiful outfits. And that’s what happened recently as the singer was seen in a sort of amazing outfit while going out with her husband Jay-Z.

It was on 27 November 2022 when the 41-year-old singer Beyonce was seen keeping her legs on display while rocking a navy blue mini skirt with a sweatshirt. She matches everything with her black heels and natural makeup. Her hair was open while the red lipstick and nail paint were giving the highlight.

Here you can check out some pictures of Beyonce and Her Husband Jay-Z! from the Whitney Museum of American Art.

Her sweatshirt of Beyonce was from the Whitney Museum of American Art. Her brown highlighted hair was seen in great curls. Coming to her husband Jay-Z then he was also looking amazing as ever in a black sweat pant and sweatshirt. He was also wearing a cap of Puma and white sneakers while leaving the place with Beyoncé. A part from them, Kanye West was also seen in the same restaurant as them.

These love birds were seen on a loving day out just last week as they stepped out for dinner in New York. They were seen in a casual look while wearing a baggy hoodie and black pants. She was also having sunglasses with a cat eye. Coming to the look of Jay-Z then he was wearing black joggers and a black sweatshirt.

In recent times, Beyonce’s style is very much highlighted in her outfit. It was recently at one of the events when she was wearing Gucci black dress and appeared in front of cameras with all confidence. Her black and white gown became the highlight.

If Beyoncé is not making headlines with her fashion or romance then she makes headlines through her social media presence. Sometimes it is related to her children while other times it is her solo pictures that were loved by many fans.