Emily Ratajkowski and Pete Davidson were seen romantically involved by a hug amid romance rumors! 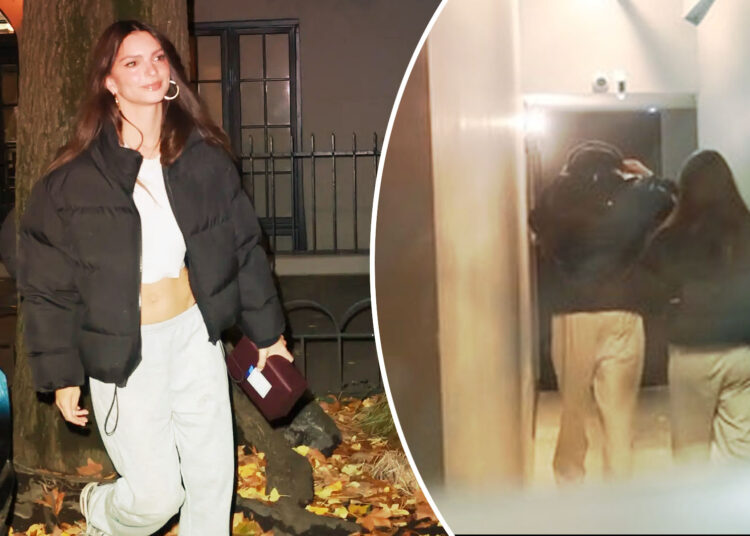 The rumored couple Pete Davidson and Emily Ratajkowski are making things confirm by giving an appearance. A lot of celebrities were seen giving back-to-back appearances with their partner.

Whether it is related to spending time on vacation or having a very private moment by themselves, they somehow got spotted by the cameras and soon the photos or videos become viral. And if these things are related to the new couple or the rumored couple then things become more like the talk of the town.

Something like this happens recently between many couples in Hollywood. And among them are Pete Davidson and Emily Ratajkowski as they recently got spotted together.

Here you can check out the recent post of Pete Davidson’s making is almost Official.

The couple Pete Davidson and Emily Ratajkowski was recently spotted together while hugging each other and walking together. The couple was seen wearing winter jackets while enjoying a close and cozy time.

Coming to the appearance then they both were wearing masks while Davidson was in a black jacket and Emily Ratajkowski was also in a black jacket. The couple was seen talking about something and then giving each other a romantic hug.

Coming to the relationship they have right now then they are taking everything at a slow pace as they don’t want any kind of public attention. It is because of Pete Davidson who has suffered a lot through media attention in his last relationship with Kim Kardashian.

Davidson had a very public and open relationship with Kim Kardashian. And that’s the reason why it has affected him in some way or the other. Whether it is related to his appearing on the reality show called The Kardashian or giving a red carpet appearance at the Met Gala.

And that’s the reason why he wants to take everything very private and grounded with Emily Ratajkowski.

It was recently when Kim Kardashian opened up about Emily Ratajkowski and found her cute. According to the source they both have not many kinds of problems among them but love and respect for each other.

And that’s what was seen when Emily Ratajkowski decided to like a picture of Kim Kardashian in which she was present in a bikini top in front of a red bouquet.

When it comes to Davidson then he also doesn’t have any problem if the thing is going well between Emily Ratajkowski and Kim Kardashian. He also has a lot of respect for his ex-girlfriend and the same is there with his current one.