Sam Asghari and Britney Spears were seen in bed as husband joined Instagram live but got rejection by his wife! 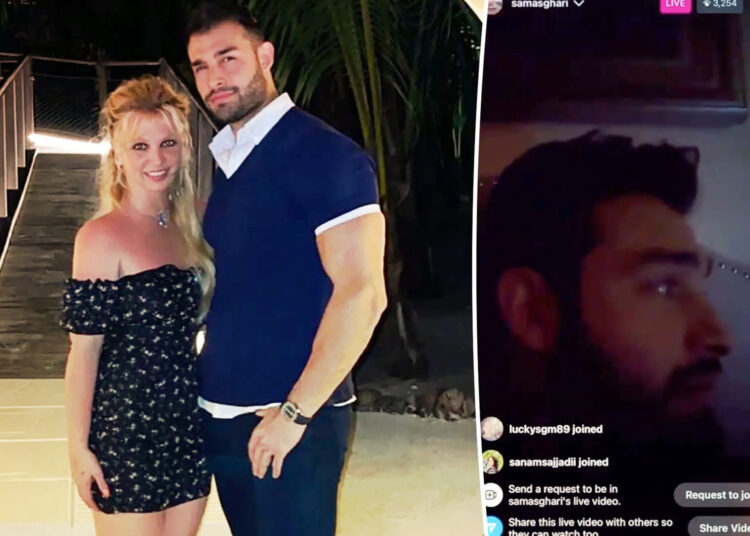 Sam Asghari Asked Britney Spears To Join His Live But Got Rejection As Privacy Was The Matter! It is very normal for celebrities to show their love publicly and the bond they share.

Whether it is related to social media posts or the appearance they show in different places, everything is well appreciated by their fans. If we talk about such things then many celebrity couples in Hollywood are well known for showing their love to each other publicly but at the same time keeping it very private.

Something like this happened recently when Sam Asghari filmed Instagram live in bed with his wife Britney Spears however, she shut down to be on camera.

The love between Sam Asghari and Britney Spears is really adorable and that’s the reason why they never fail to show their love in front of people. Something like this happened recently when Sam decided to go live on Instagram on 16 November 2022. However, his wife Britney Spears was not at all interested to be on camera with her husband.

Here you can know more about why Britney Spears Refuses to Join Sam Asghari’s Live.

Sam Asghari has recorded himself in the dark while being next to Britney Spears in bed. He asked a question to her not minding live on Instagram. In reply to it, the singer said she is always live. But when he asked whether he can show her life or not then things went quite complicated between the couple.

Sam has asked this question many times but when it comes to the reply the singer decided to keep her answer stagnant. Coming to live of Sam then 3000 people joined him on Instagram live.

Before he ended the live on social media Britney Spears demanded some privacy as she really doesn’t want to jump in live because she doesn’t want to talk to her fans right now.

It seems like Britney Spears was upset with the fact Sam came directly to her and asked to join her. But when it comes to things between them as a couple then everything is fine as they are loving their married life. The couple got married in June 2022.

They first met on the set of the 2016 music video of Britney Spears. Since then, they have formed an amazing bonding and decided to take everything to the next step by being a parent. However, the child Britney Spears carried in her womb was not able to survive but at the same time, she has not lost hope.

The marriage of Britney Spears and Sam was very private as it was attended by just 60 guests. Selena Gomez and Madonna were also there at the wedding.