The cast of Virgin River decided to take a quick break from filming to take part in a goofy round of challenges on the social network, and they seemed to be enjoying themselves. 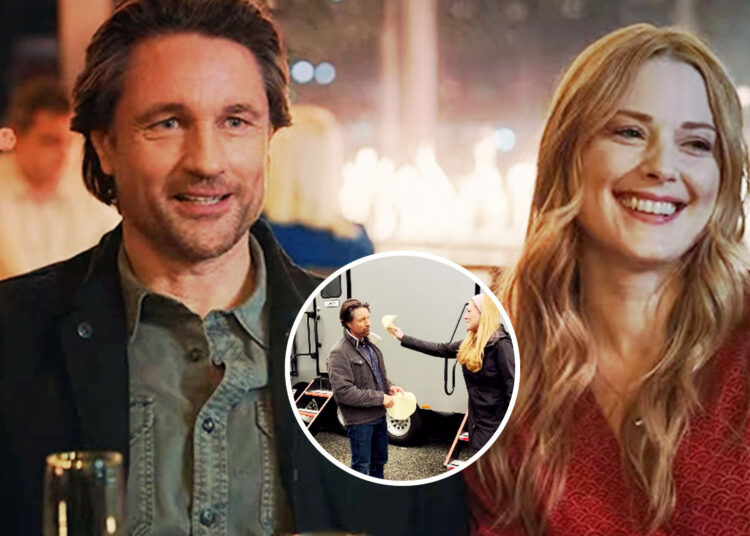 Breckenridge shared a video of the two, who plays Melinda Monroe and Jack Sheridan on the popular Netflix series, participating in a recent TikTok challenge that went viral.

In “The Tortilla Challenge”, participants slap tortillas in each other’s faces while drinking water and holding it in their mouths. Along with a limp tortilla, players engage in a game of rock, paper, and scissors.

The loser of the rock, paper, scissors game is slapped with a tortilla, but the problem is keeping the mouth-watering throughout the game and the subsequent smacking. It’s a very strange exercise not to laugh with the extra theater of slapping the tortilla and spitting water when the participant breaks down.

Also Read: Dead to Me Season 3 Release Date, Cast, Plot, and Everything you need to know

Our favorite on-screen couple appeared ready for the challenge in the video, but the winner was announced quickly; you are rightly wondering who won the challenge.

Breckenridge grinned before even swinging her hand to hit Henderson with the tortilla after they were ready to go mouth-watering.

Breckenridge immediately spits out water while giggling, and Henderson claims victory, even though he barely touches him. Fans flooded the comments section, with even other cast members also dropping their two cents about the challenge.

After the official release of the fourth season of Virgin River, it was clear to everyone how well-matched actors Martin Henderson and Alexandra Breckenridge are on screen. It’s to the point where some people wonder if the two had their own romantic Jack and Mel reunion.

I’m sorry to break it to you, but Alex is happily married to Katy Perry’s guitarist, Casey Hooper, and the on-screen couple has made it clear that they’re just close friends.

The fifth season of the Netflix series Virgin River is now cast, and a famous actress has been confirmed to appear.

Virgin River Season 5 has been in production since the summer, and now many details about the new season are being revealed. Notable changes include the position of showrunner, which Patrick Sean Smith took over from Sue Tenney. The cast has undergone another change and now features Kandyse McClure.