The Big Boss OTT fame is on a mission to use everything on this planet as her outfit. 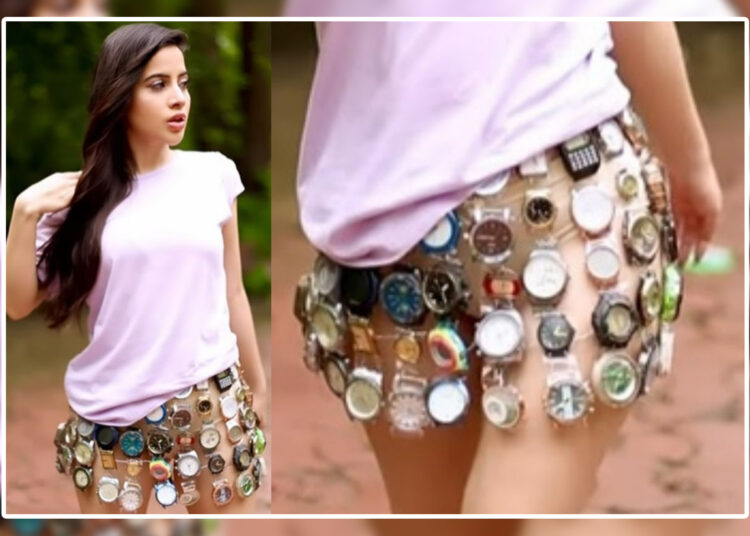 Urfi Javed has possibly crossed all the limits of fashion and it seems she is on a different level and in a league of her own just competing with herself at this period of time.

For the past few years. Urfi Javed has been showcasing some really weird fashion sense she has often got brutely trolled online, has been called out many times by fellow artists in the industry, and even cases have been registered against her but it seems like she doesn’t care about any of it.

Earlier this year, Urfi was even called out by celebrities fashion designer Farah Khan Ali for her bad outfits in public and popular TV actress Kashmira Shah even spoke about her bad outfits but Urfi took none of what they had to say and in fact, she returned with some really insulting words for both the artist, so much so that they refused to talk about Urfi any further.

Earlier this week, Urfi posted a semi-nude photo on her Instagram in which she painted her breasts and she was already getting trolled for that just when the dust was settling, she uploaded a weird post again and you won’t believe what she did this time.

The Big Boss OTT fame wore a pink t-shirt as a top and for her bottom wear, she literally wore multiple watches to make it look like a skirt, this is something nobody would have ever seen, not in India and not even in any other country.

She is getting badly trolled for the post and the comment section of the post is filled with cuss words against Urfi, a user commented that Urfi is on a mission to change everything on this planet into an outfit.

Urfi has over 3.5 million followers on Instagram which is a huge number and with posts like this, she will not find any escape from the trollers for sure and this time even her loyal fans would be shocked to see her appearance. Well, we just hope that Urfi changes her wardrobe and replaces her current outfits with some “real” outfits.