Rosé along with other celebrities was seen having a good time together at dinner. 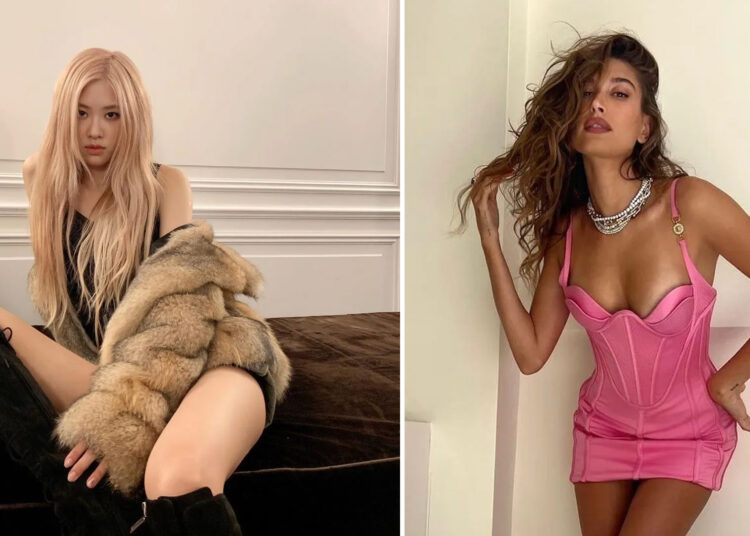 Rosé Update: The Korean-New Zealand singer and dancer Roseanne Park is commonly known as Rosé. Rosé joined the South Korean agency YG Entertainment in 2012 after a fruitful audition. She was trained for four years before making her debut in August 2016 as a member of the girl group Blackpink.

On October 2, Saint Laurent’s creative director Anthony Vaccarello posted a picture on Instagram Stories of himself dining with Rosé and a number of other celebrities at the company’s exclusive Sushi Park event for Paris Fashion Week. Being a creative director of Saint Laurent Anthony Vaccarello is also an Italian fashion designer. The Parisian atelier, savoir-faire, and contemporary conception are the sources of inspiration for Vaccarello’s designs.

The picture was reposted by Rosé. American model, media star, and socialite Hailey Rhode Bieber has appeared in prominent commercials like Guess, Ralph Lauren, and Tommy Hilfiger. Actress and model Rosie Alice Huntington-Whiteley are from England.

She is best known for her work with the lingerie retailer Victoria’s Secret, where she was formerly one of their brand “Angels,” as the face of Burberry Body, a 2011 brand fragrance, for her work with Marks & Spencer, and most recently for her creative partnership with the denim-focused fashion label Paige.

Zo Isabella Kravitz is a model, singer, and actress from the United States. In the romantic comedy No Reservations, she made her acting debut (2007).

Polish model, activist, philanthropist, and businesswoman Anja Rubik has consistently appeared on magazine covers, the runways, and advertising campaigns for the most prestigious fashion houses, making her one of the most well-known models of the 20th and 21st centuries.

In addition to being a part of Blackpink, the model also serves as a global ambassador for St Laurent. Earlier this week, she and Kate Moss sat in the first row at the brand’s Spring 2023 runway show. Rosé released her debut solo album, R, in March 2021.

The album’s first week sales of 448,089 copies set a record for a Korean female soloist. The album’s lead track, “On the Ground,” was likewise a commercial hit; it peaked in the top five domestically and at the top of the Billboard Global 200.