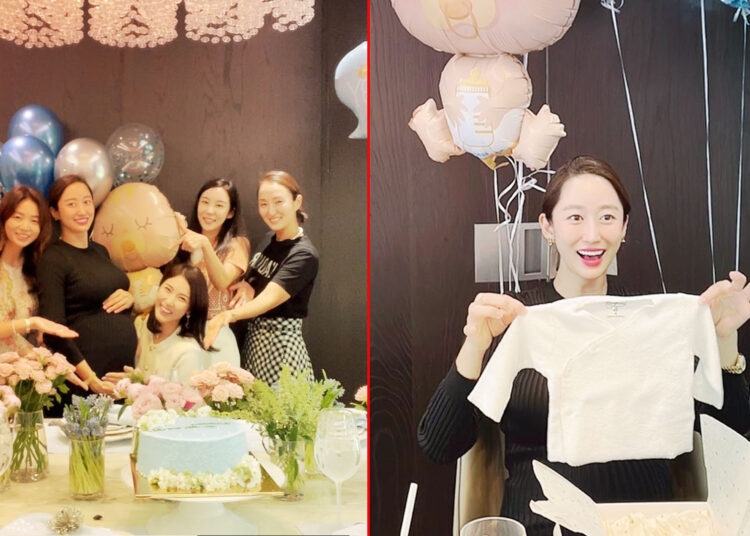 Jeon Hye Bin gave birth to a son on September 30 at a hospital in Seoul, according to reports from media outlets on October 1. Both the mother and infant are healthy. The actress got married to a non-celebrity in December 2019 and her agency announced her pregnancy on April 7, 2022.

Now, the actress has become a mother of a baby boy. A new title has been added to her name. She is now not only an actress, singer, and model but also a caring mother.

Not long ago, the actress posted some pictures of herself from the maternity shoot on her Instagram. In the pictures, we can see her wearing a front-slit floral dress. The posture and her physique were quite an attraction for the viewers. The way the actress carried herself in the photos is admirable.

Among the pictures, in one we can see her husband bending down on the sand and stroking his wife’s belly. The lovely relationship they have is clearly visible in the picture.

Here are some posts from Actress Jeon Hye Bin Birthday.

On her birthday September 27, the actress celebrated her day with close friends. She even uploaded the pictures on Instagram with the caption “Now it was the last birthday before the baby comes out. Thank you.”

Other celebrities also gave her warm wishes on her birthday. It was her last birthday before she became a mother of a child. The next birthday that the actress, Jeon Hye Bin may celebrate will be beside her son.

Jeon Hye Bin began her career in 2002 as a singer for the three-member, short-lived female ensemble LUV.

However, the group dispersed the following year as a result of separate aspirations. She released her debut solo album, “Love Somebody,” following the breakup of the band LUV.

In 2004, she appeared in the horror film “Dead Friend” and made her acting debut in the television drama “Sang Doo! Let’s Go to School.”