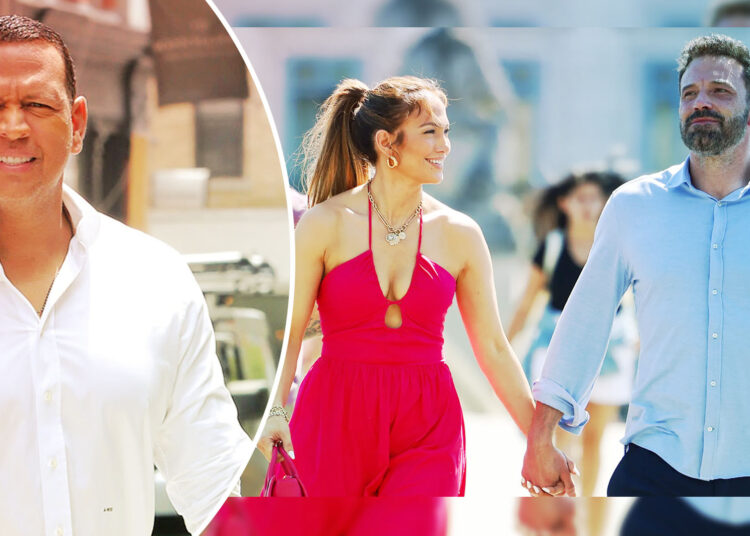 Jennifer Lopez and Ben Affleck tied the know recently and since then they have been enjoying their honeymoon period.

Many relationships got established in Hollywood but at the same time, many relationships also ended. But when it comes to moving on from the situation then most celebrities don’t have any kind of hate or bad wishes for their former partner.

Whether it is related to moving on the situation or trying to cope with things, we have seen them coming very clear. Among them is Alex Rodriguez who has finally decided to break the silence on the marriage of his ex Jennifer Lopez and Ben Affleck.

Here is What Alex Rodriquez said about Jennifer Lopez and Ben Affleck.

We have always known Alex Rodriguez as the former boyfriend or fiance of Jennifer Lopez. Coming to his reaction toward the marriage of Jennifer Lopez to the actor Ben Affleck then he has nothing but good wishes for them. He talked about all these things on 30 September on an episode of a CNN talk show.

He has talked about his split with Jennifer Lopez where he said that he wish Jennifer Lopez and her children a beautiful life. He wished them the very best and considered the children very smart.

Also Read: Christina Aguilera Put On A Busty Display In A Sheer Dress

In the same interview, Alex Rodriguez also expressed his views on whether he was a good husband material or not. In reply to it he said:

“think when you look at my life…Sports Illustrated called me the top sports player in the country. At 24, I got a $250 million contract — and I lost my way and I became A-Rod. After the suspension, after a lot of therapy and a lot of work to Alex Rodriguez ”

He also opened and said: “Post suspension…I’ve looked like a great father, a son, a good friend, high character, loyalty — all of those things. In my 20s, in my early 30s, not so much. I think I’ll make a wonderful husband, partner, and father post suspension because of the lessons learned from my mistake.”

Jennifer Lopez and Alex Rodriguez started dating in 2017. They have even started living together and blending their families into their world. They developed a close bond soon after with each other’s children. The singer even got engaged to him in 2019 with a large Emerald ring.

Unfortunately, they both were not able to make it to their wedding because of the pandemic. But it was after the pandemic in 2021 that the couple decided to separate and move on in their life.

Jennifer then decided to be in a relationship with the actor Ben Affleck with whom she met after 20 years. The couple got married and engaged in 2022.