The Korean singer and actor Xiumin releases the teaser schedule on Instagram for his upcoming solo mini-album. 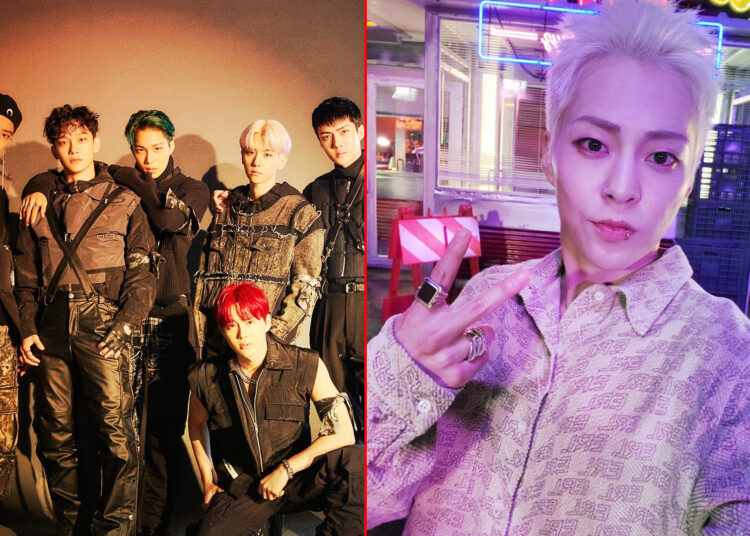 Exo, a South Korean-Chinese boy band with its headquarters in Seoul, was created by SM Entertainment in 2011 and made its public debut in 2012. Nine individuals make up the group: Xiumin, Suho, Lay, Baekhyun, Chen, Chanyeol, D.O., Kai, and Sehun.

South Korean singer and actor Kim Min-seok is better known by his stage name, Xiumin. He is most well-known for being a member of the South Korean-Chinese boy band Exo, as well as Exo-M and Exo-CBX. With a forthcoming album, the idol will make his solo debut.

Although the announcement was made in August, there were no release-related details available at the time. The knowledge that Xiumin would be releasing his debut solo album in September came from a story in Korean media. Since then, followers have been awaiting additional information with patience.

Here is What Xiumin of EXO has shared about his solo Mini-Album.

Xiumin declared in September that his debut solo mini album, “Brand New,” would be released later in the month. With the upcoming release, Xiumin will become the seventh member of the nine-piece K-pop boyband EXO to go solo.

There are five tracks in all, including “Brand New,” the album’s title tune. “Brand New” will be Xiumin’s long-awaited debut solo album, though he had previously released solo songs via SM STATION and drama soundtracks.

On September 4, Xiumin announced the title of the album and his plans to release his first-ever solo mini album, Brand New, on September 26. Along with this announcement, he presented the title poster for the film. The poster’s use of soft colors gives it a tranquil appearance.

Also Read: Park Min Young is expected to be dating a wealthy businessman.

The words “Brand NEW” are marked on it. A peaceful and enjoyable album is suggested by the flowery route. Nevertheless, it is challenging to draw many conclusions given that this is merely the first teaser image.

The dates on which Xiumin would release the teasers for his upcoming mini-album “Brand New” were revealed through the teaser scheduler, which was issued on September 14 at midnight KST. The mood sampler and a number of teaser photos will be released by Xiumin on September 17, according to the release timetable.

Xiumin made his solo debut with EXO in 2012; however, since then, he hasn’t put out a formal solo record and has instead taken part in a number of unofficial solo endeavors.

There are many original soundtracks to K-dramas over the years, such as Mr. Queen in 2020 and Falling For Challenge in 2015. These include his SM Station project single “You” and a number of others.

While Suho, Chen, and Kai, members of Xiumin’s band, have been headlining a number of international K-pop events recently. Suho performed at the MIK Festival in London in July, and Chen and Kai both participated in this year’s HallyuPopFests in Sydney and London.

On October 15 and 16, in the Rose Bowl Stadium in California, Kai is scheduled to play at the recently revealed KAMP LA Los Angeles K-pop festival.