The South Korean series "Work Later, Drink Now" is going to be back with season 2. 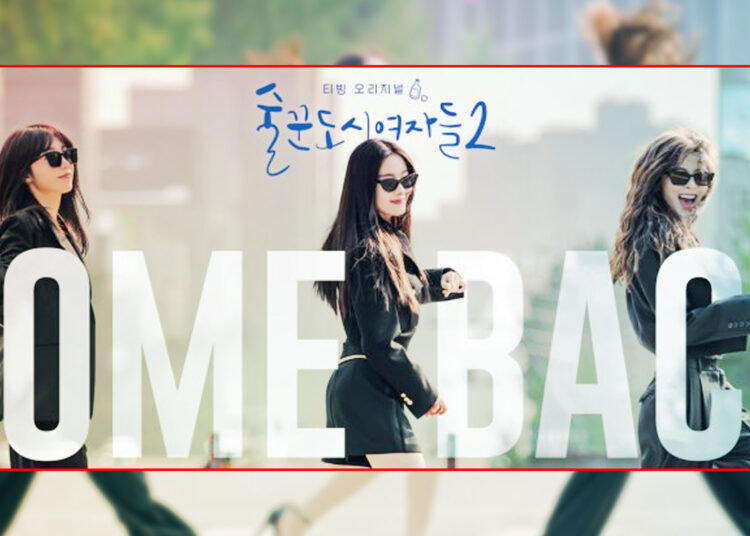 The poster for Work Later Drink Now Season 2 has been revealed.

From October 22 to November 26, 2021, a total of 12 episodes from the first season were broadcast on TVING. Later in 2022, TVING will broadcast the second season’s debut.

The drama “Work Later, Drink Now” shows the story of three women who saw life as one drink at night. The first season of “Work Later, Drink Now,” which premiered back in 2021, was a huge success as viewers were romantically attached to the three female friends who depend on drinks to get them through each day in their complex, unpredictable lives in the busy city of Seoul.

As a result of the massive success of the first part, the series “Work Later Drink Now” is coming back with season 2.

The three female protagonist characters in an upbeat poster heralding the return of “Work Later, Drink Now” are fired up as they prepare to deal with fresh twists and turns in their lives, including new and old people, as well as more rounds of drinks and nibbles.

The upcoming version will focus on the love lives of the three main females who play a trio of best friends while letting them express their individuality through a stroll down the street. With promises of mayhem, humor, and friendship, the main characters will, of course, be making a comeback.

The recently released posters clearly show their closely related comeback, and the actors use inventive posters to claim their area. One banner simply reads “COMEBACK,” while the other thanks the show’s audience for their patience by saying, “Thank you for waiting.

In 2022, let’s try for a second round!” In the poster we can see the three leading ladies walking down the streets, flipping their hair and showing themselves as confident as ever.

On the other hand, Han Sun-hwa commonly known as Sunhwa, was a former member of the group Secret and at last Jeong Eun Ji, a South Korean singer, songwriter, actress, radio DJ, musical actress, and voice actress is one of the best-known members of the group Apink.