Charlize Theron, Kiki Layne, and the rest of the original ensemble will return for The Old Guard 2, along with Veronica Ngo as Andy's (Theron's) fellow immortal BFF Quynh.

by Deepak Jediya
Reading Time: 4 mins read
A A
1 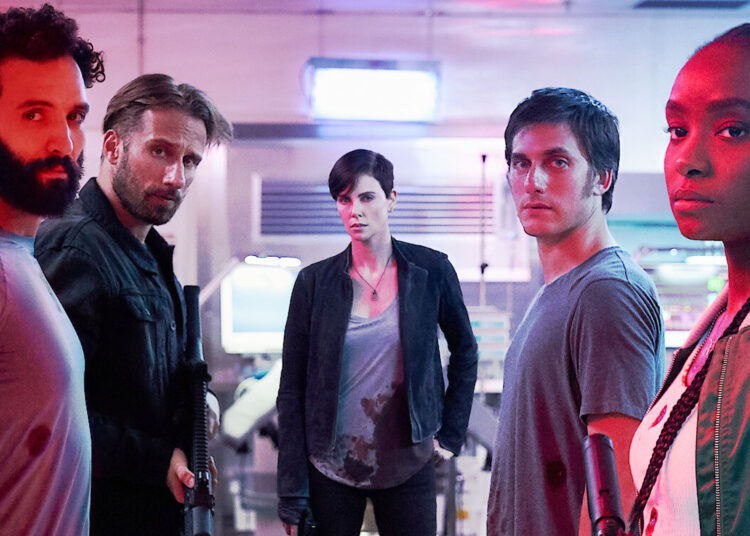 The Netflix TUDUM event this past weekend revealed a variety of information about forthcoming films, with a set video giving us our first look at The Old Guard 2—its eagerly awaited sequel. The video, which was shared on social media by Twitter user @CostaRue, offers a behind-the-scenes glimpse at the comic book movie sequel and cast confirmation.

We know how much you liked the original picture, and we’ve been working hard to make sure this new film is even better,” says returning star Charlize Theron as she announces that the sequel is presently being filmed in Rome.

The Old Guard was one of the better films of 2020 because it was a fun, thrilling action film that prioritized character over spectacle. You don’t use a story notion for a movie about a bunch of immortal warriors working as a clandestine ops team just once, especially if it becomes highly popular with viewers.

It, therefore, comes as no surprise that a sequel is being made, and the cast has since expanded to include two intriguing new actors. Henry Golding and Uma Thurman will appear in Old Guard 2 in roles that are still unknown, according to a statement made by Netflix during their Geeked Week event.

They both have experience acting in action and comic book movies; Thurman played The Bride in the Kill Bill films and was also a campy as hell Poison Ivy in Batman & Robin.

In addition, Golding displayed some respectable physical prowess while portraying Snake Eyes in the surprisingly terrific GI Joe movie from the previous year. It appears that Golding will have some action scenes, and one can only hope that Thurman will be given the chance to demonstrate her continued talent.

Charlize Theron, Kiki Layne, and the rest of the original ensemble will return for The Old Guard 2, along with Veronica Ngo as Andy’s (Theron’s) fellow immortal BFF Quynh.

The sequel’s script will be written by Greg Rucka, who also collaborated with Leandro Fernández on the original comic books, although Gina Prince-Bythewood won’t be directing it. Victoria Mahoney will take over as the director in the place of Prince-Bythewood, who will continue to serve as a producer.

Also Read: The Mothership Cast Members, and Other Details

Release Date of the old Guard 2

The release date for The Old Guard 2 is currently unknown. But until we have a trailer or poster to drool over, let Golding and Thurman’s participation tide you over and feed your speculator’s brain.

Even though The Old Guard 2 has started shooting, it will probably be some time before we see any footage. If it releases as expected in July 2023, perhaps we’ll get something a few weeks earlier. Trailers are often posted by Netflix not long before the movie is released.