Hocus Pocus 2 new poster has been released, here you could watch it. 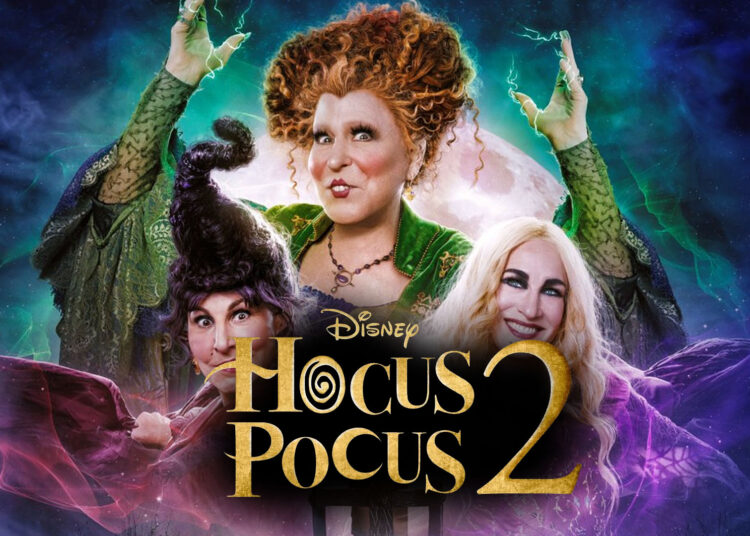 The film’s developers published the first poster and trailer for this Halloween-themed film a few days ago. The poster includes the Sanderson sisters, returning stars Bette Midler, Sarah Jessica Parker, and Kathy Najimy.

We watch the iconic trio flying high on their chosen means of transportation in a video shared on the film’s Twitter account. From the traditional broom to the cutting-edge Swiffer, the sisters may be seen in front of a massive full moon, ready to cast a spell or two on the town below.

Speaking of returning characters, the bottom of the poster shows returning figure, William “Billy” Butcherson (Doug Jones), ready to rise from the grave once more to put an end to the child-eating witches.

Hocus Pocus 2: What would be the Plot?

The plot revolves around three high school kids, Becca (Whitney Peak), Cassie (Lilia Buckingham), and Izzy (Belissa Escobedo), who mistakenly summon three deceased sisters from the grave and then go on a dangerous adventure to extinguish the malevolent witches once and for all.

The film Hocus Pocus 2 is supposed to be a wonderful blend of comedy and thrills, and fans will hopefully discover how the Sanderson Sisters became the legendary witches that we know, love, and dread, in addition to the new adventures (and hopeful musical numbers!)!

The sequel sails into Disney+ soon, so there’s still time to catch up on all the photographs, trailers, teasers, and more material that’s been flooding in quicker than you can say “amuck amuck amuck!”