The superhot and talented diva Mouni Roy turned 37 this week and it seems like the years of hard work are paying her precious dividends. 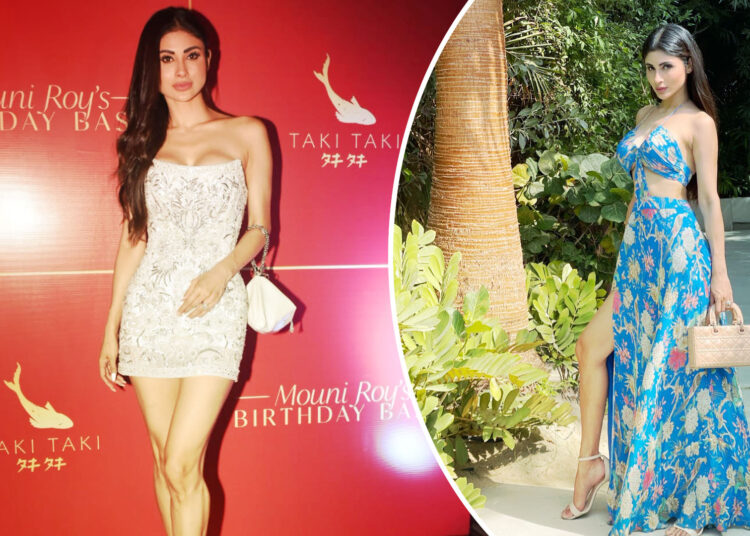 Mouni Roy has turned one year wiser as the beautiful diva celebrated her 37th birthday this Wednesday. Mouni threw a birthday bash on the occasion, several stars mostly close friends like Jannat Zubair, Sriti Jha, Shamita Shetty, Mandira Bedi, and many more were present at the event, Mouni’s husband Suraj Nambiar looked happier than ever and shared beautiful moments with her lady love.

The birthday bash was amazing and Mouni had an amazing night, she truly deserves all the love and support that she is getting as she has earned every bit of it.

Mouni is a popular name now and has a huge fan following but the path wasn’t easy and it took her almost two decades to reach this position in her career.

Here are some pictures from Mouni Roy’s Birthday Bash.

Mouni started her career back in 2006 when she got a chance to play a role in one of the most popular shows in television history Kyunki Saas Bhi Kabhi Bahu Thi, Mouni was always a versatile personality and just a year later in 2008, she participated and won the first season of popular dance reality show Zara Nachke Dikha.

But Mouni actually rose to fame in 2011, when she got a lead role in the popular show Devon Ke Dev…Mahadev which was aired on Life Ok.

The show had an amazing run till 2014 and in 2015, Mouni reached the pinnacle of her television career when she got a lead role in the Colors TV show Naagin, the show instantly topped the TRP charts and Mouni became one of the most popular names in the industry.

Well fast forward to 2022, Mouni has now established herself as a top Bollywood actor as her performance in the movie Brahmastra has been appreciated by top film critics.

Elle magazine honored Mouni Roy with a space on the covers of the magazine with the title “The Rise of Mouni Roy”, in the photo Mouni was wearing a beautiful multicolored minidress with a boat neck, the outfit comes from the shelves of Mannat Gupta and Mouni looked absolutely mesmerizing in it.

Some dramatic makeup with open and wet hairs gave her a bodacious look, credits to stylist Rishika Devanani for such an amazing finish and touch of perfection. Well, we wish a very happy birthday to Mouni and hope she shines more in her personal and professional life.