The Runway 34 actress Rakul Preet Singh is having a great year in the Hindi film industry and will be seen next month alongside Siddhart Malhotra in ThankGod. 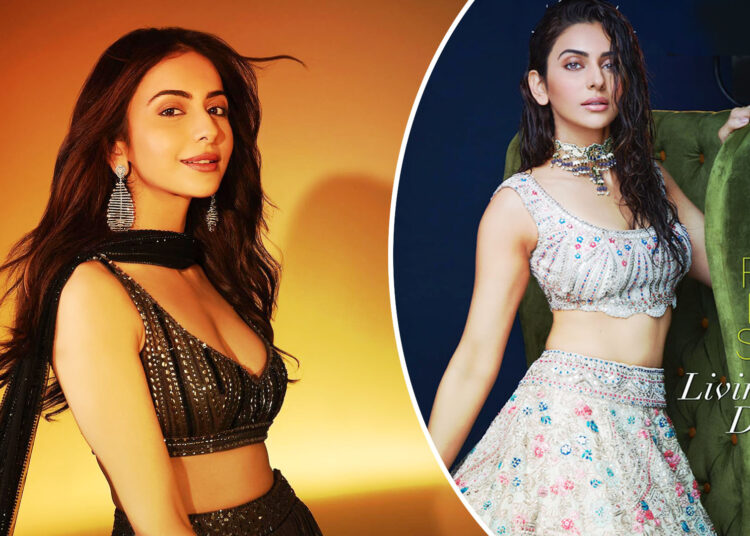 Rakul Preet Singh is one among very few of the actresses who is enjoying great success in recent few years, Rakul was part of 3 movies last year including one in Bollywood and this year she has already worked in three multi-starrer films with two big ones to come.

Rakul started her career at a very young age and her acting debut was in Kannada industry back in 2009 and she has even worked in Telugu and Tamil film industry, she made her Bollywood debut in 2014 with Yaariyan and the film did dramatically well at the box office, however the success of the film didn’t change the fortune of Rakul’s career in hindi film industry.

Rakul Preet Singh Is Quite Busy Promoting Her Upcoming Films.

Rakul went back and did few more films in south industry and made a comeback in Bollywood in 2018 with multi-starrer film Aiyaari, but it was the year 2019 when her performance in the film De De Pyar De was hugely appreciated and it laid the foundation of Rakul’s establishment in hindi film industry as a full time actor.

At 31 years of age, her career is on a rise and her popularity will grow in near future, her acting is quite decent and her film choices are always unique.

A big hit is certainly around the corner for the diva, having said that, this week Rakul was featured on the covers of Lifestyle Asia magazine and she was wearing a beautiful lehenga in which she looked prettier than ever, the outfit came from the shelves of Oshaa by Adarsh and it was a pure class.

A white lehenga and crop top with embroidery all over it, tiny pink and blue flowers with stones loaded all over it, an example of pure craftsmanship.

Rakul looked absolutely mesmerizing in the outfit, a royal necklace by Joolry looked a perfect fit with the lehenga, vibrant makeup and open wet hairstyle made Rakul’s look even more hotter as her perfect abs looked truly ravishing. Meanwhile on work front, Rakul will next be seen in Thank God that is going to be released on 25th October.