Adam Levine And Behati Prinsloo Were Seen Smiling After Accusations Of Cheating!

Adam Levine was seen with wife Behati after some hours of accusations done by many women! 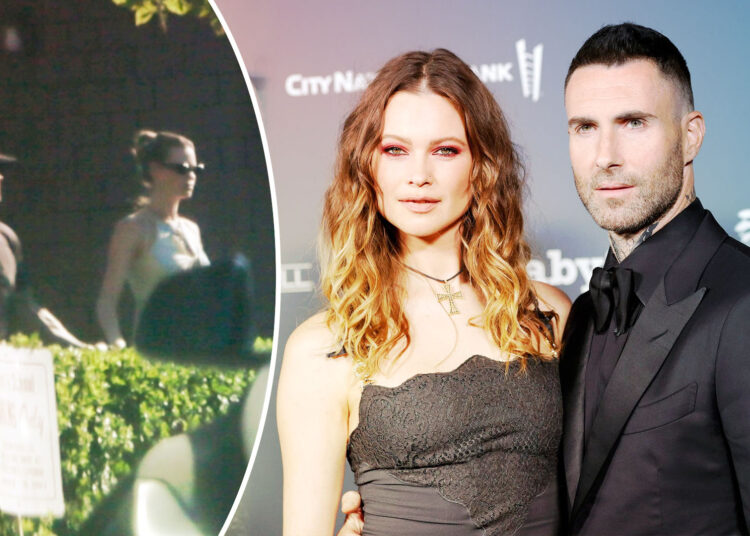 Once things go well in the life of celebrities then a lot of news follows them like a hurricane. Whether it is related to them signing a new project or related to their married or love life, everything gets captured through headlines.

Talking about any such things then there is one controversy that has become a talk in the town and that is Adam Levine cheating upon his pregnant wife Behati Prinsloo. But it seems like everything is just a way of affecting their personal life as they both were seen smiling after multiple allegations.

The Maroon 5 singer Adam Levine is right now accused of a lot of controversies and all of them are related to him cheating on his wife Behati Prinsloo. After some moments they both were got captured on 20 September 2022 as they both smiled. The couple was looking very high-spirited with their two children who are 5 years old and 4 years old.

The Couple Adam Levine And Behati Prinsloo proved all the rumors wrong.

The couple was there to pick up their two kids from the school near their home. The 43-year-old singer was seen in a red t-shirt and black shirt and when comes to his wife then she was wearing a white T-shirt. The white T-shirt was perfect for her to show the baby bump that was getting a lot of attention.

These photos were all over the Internet after some hours when Adam Levine has taken to Instagram and tried to take all the allegations into the dustbin. It was done by Sumner Stroh who alleged the manipulation and thinking that the marriage was over.

Adam Levine took to Instagram and said that a lot of allegation is going on right now upon him and that is the reason why he wants to clear everything. He said that he is very poor when it comes to flirting with others except for his wife. He has said that he was never in any affair and has never crossed any line in his life.

Adam continued and has written: “In certain instances it became inappropriate. I have addressed that and taken proactive steps to remedy this with my family. My wife and family are all I care about in this world.”

Adding more to it, Adam Levine said: “To be this naive and stupid enough to risk the only thing that truly matters to me was the greatest mistake I could ever make. I will never make it again. I take full responsibility. We will get through it and we will get through it together.”