The superhot diva has been turning up the heat these days with some sensual Instagram posts. 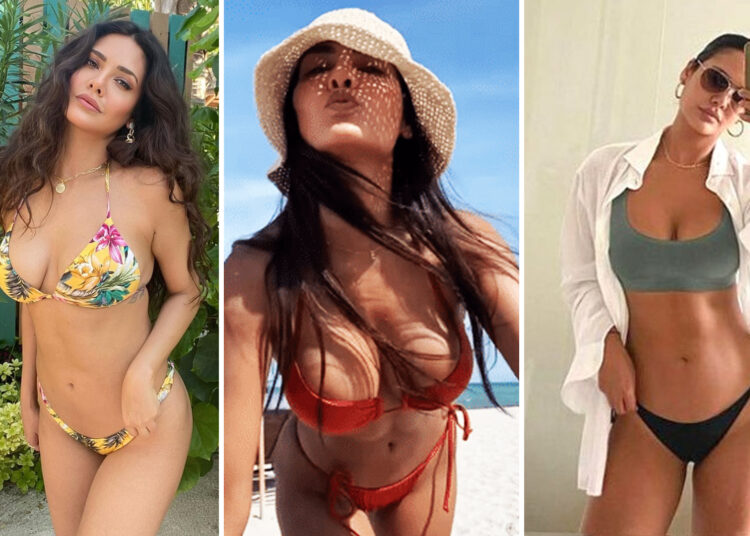 Esha Gupta is hands down the hottest diva in the Bollywood industry right now, many of you might disagree, but if you have any doubt then I would suggest y’all check her Instagram page and you will have a second thought for sure.

Lately, Esha is on fire and has been turning up the heat quite significantly with her sensual photoshoots, Esha has been in the hot and sexy category from the beginning of her career but in the past few months, she has taken her hotness to a next level.

Esha started her career as a model and won several beauty pageants, she won the Miss India International title in 2007 and also represented our country at the Miss International pageant, soon she caught filmmakers’ attention and she got a call from Bollywood and later made her debut with Jannat 2, alongside Imran Hashmi in 2012.

Jannat 2 turned out to be a commercial hit and Esha won Filmfare Award for Best Female Debut for her debut performance, her career-best performance came in the horror thriller Raaz 3 which was a very successful film in terms of revenue, besides that she has worked in films like Chakravyuh, Humshakals, Gori Tere Pyar Me, Baby, Rustom, etc and in total she has worked in around 15 movies Including Tamil and Telugu.

In 2020, Esha shifted to OTT platforms and made her debut in Zee 5’s REJCTX in 2020 and Nakaab in 2021, but it was Aashram Season 3 which was released earlier this year that skyrocketed Esha’s fame to another level, the bold scenes in the series were done with perfection by Esha and she is on a career resurrection for sure.

Recently Esha posted a superhot photo in a bikini and she was looking absolutely breathtaking, her body was radiating in the sun as she flaunted her perfect hourglass figure, abs, and beautifully toned body.

This is the level best that one can look and Esha’s new confidence is clearly visible in her recent performances in the web series, hopefully, she will carry this aura in her next film as will be seen in Desi Magic and Hera Pheri 3.