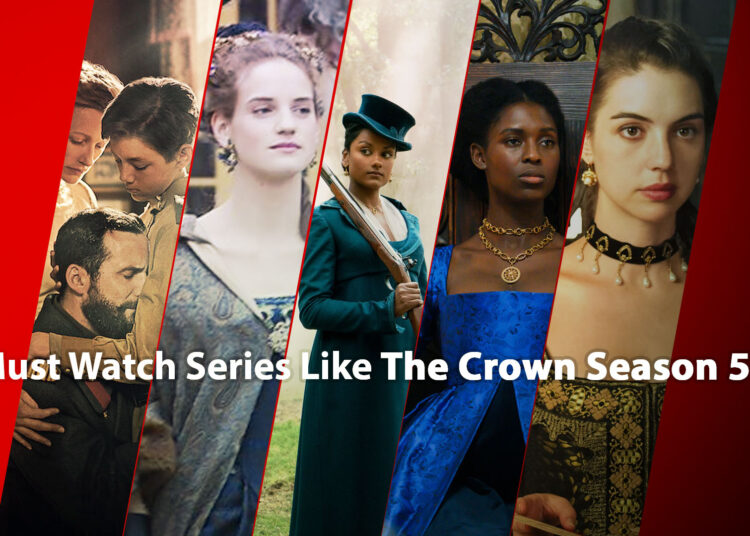 The Season 5 of the historical drama series ‘The Crown’ will presumably arrive this year in November. Peter Morgan has created the series that digs into the reign of Queen Elizabeth II and is inspired by Morgan’s drama film ‘The Queen’ and his stage play ‘The Audience’.

In the first season, we saw Elizabeth and Phillip’s wedding and Princess Margaret’s failed engagement to Peter Townsend. The second season deals with the Suez Crisis as well as Prince Edward’s birth.

In the third season, we find Harold Wilson’s ascending into the sit of prime minister. We also get to introduce Camilla Shand in the third season. The fourth season centers on Prince Charles and his marriage to Lady Diana Spencer.

After the fifth season, a sixth season will also come for the series which will serve as the final season. As Queen Elizabeth, we see Claire Foy and Olivia Colman in the series.

There are a number of series that you can watch while waiting for Season 5 of ‘The Crown.

This six-part docudrama ‘The Last Czars‘ is about the reign of Russia’s Romanov Dynasty’s last emperor whose name is Nicholas II. The plot of the series is set from 1894 to 1918 which is from his being king to his execution along with the whole Romanov family.

Simon Mirren and David Wolstencroft directed the French historical fiction drama series ‘Versailles’ whose plot is set in the reign of Louis XIV focusing on the renowned Palace of Versailles’ construction.

The plot begins in the year 1667 when French nobles, dissatisfied with the young king, have started to disobey him. To showcase his power over the nobles, King Louis XIV moves his palace from near Paris to the hamlet of Versailles. The nobles reluctantly follow but begin to plot the king’s dismissal.

One of the most popular series nowadays is ‘Bridgerton‘ which Chris Van Dusen created as an adaptation of Julia Quinn’s novels. The plot of the series is set in London’s Regency era and follows the Bridgerton siblings as they pursue love and enmity in the high society of London.

The series premiered on December 25, 2020, on Netflix with a third and fourth season renewed in April of 2021.

The psychological thriller miniseries ‘Anne Boleyn’ revolves around the titular Queen Anne Boleyn, who has been reigning from 1533 to 1536. Anne Boleyn was King Henry VIII’s second wife.

The plot of the series delves into the widely known incident of Anne’s final five months before in 1536 she was executed by beheading for the crime of treason.

Stephanie SenGupta and Laurie McCarthy have created the historical romantic series ‘Reign’ whose plot is set in the late sixteenth century. It centers on the life of Mary, Queen of Scots as she rose to power inside the French court.

The first season begins with a fifteen years old Mary returning to the castle from the convent in order to get married to fifteen years Crown Prince Francis. The two were engaged since the age of six.

The series ran from October 17, 2013, to June 16, 2017, on The CW. The series received mixed reviews as the cast members’ acting was praised, but the historical inaccuracies were criticized.