The young talented actress is doing amazingly well in her career. 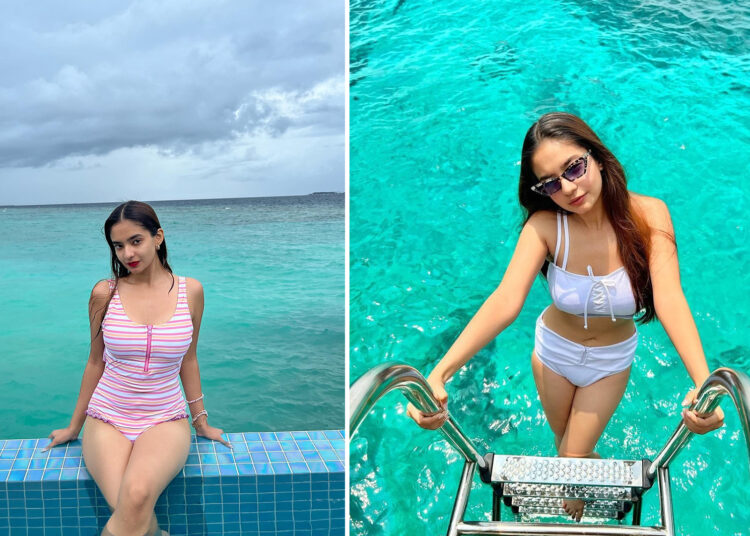 Anushka Sen is one of the most popular names in India, the 20-year-old young actor and influencer is just starting her career and has managed to gain huge popularity so early in her career, Anushka has over 38 million followers on Instagram and the number is much much bigger than many top Bollywood stars.

Anushka has just started to expand her career in the entertainment industry and she is doing quite well at the moment, the young talent recently hosted a talk show named Not Just A Talk Show which was aired on Zee Cafe, and besides that Anushka is also prepping for her debut in the Korean entertainment industry and this quite mind-blowing feat, she has even done some initial shootings.

With so much work, everyone needs a good holiday and Anushka is doing the same, she is on one long holiday and enjoying it to the fullest. Earlier this month Anushka celebrated her birthday in Paris and then moved on to the beautiful city of Zurich in Switzerland, she has been posting regular updates from her vacation and one of her posts went viral in which she was looking absolutely gorgeous.

The actress pulled up a summer outfit and was wearing a black corset along with high-rise denim jeans with a thigh-high slit, dazzling black sunglasses, and a slick pendant that made her look even more beautiful, her sneakers were also amazing and her brown hair was shining brighter than ever in the photos.

Anushka made her television debut at the age of 7 as a child artist in Zee TV’s serial Yahaan Main Ghar Ghar Kheli but he rose to fame with the show Baal Veer, she became a household name with her role as Rani Lakshmi Bai in the tv series Khoob Ladi Mardaani – Jhansi Ki Rani.

Anushka was also one of the most popup stars on TikTok before it was banned in India, she has achieved great highs early in her career and there are plenty of more amazing opportunities knocking at her door.