The young teen artist Anushka Sen is one of the most popular personality in India and has a huge fan base.

by Vishal
Reading Time: 2 mins read
A A
2 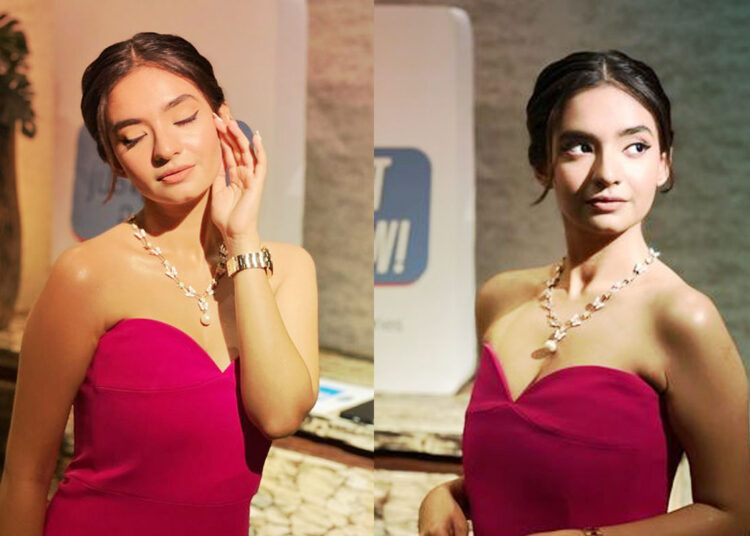 Anushka Sen is a rare talent and the kind of popularity she has gained and gaining more each day at such young age is just mind-blowing. She is just 19 and has over 38 million followers on Instagram, shocked? that’s a general reaction.

Anushka made her television debut at the age of 7 as a child artist in Zee TV’s serial Yahaan Main Ghar Ghar Kheli but Anushka rose to popularity with her charades of Meher in a popular kid TV serial Baal Veer and in 20015 at the age of 13, Anushka made her Bollywood debut with Crazy Cukkad Family.

Her role as Rani Lakshmi Bai in the 2019 series Khoob Ladi Mardaani – Jhansi Ki Rani was highly appreciated by critics and she became a household name after this series and then came Tik Tok platform which skyrocketed to fame and she was now one of the popular celebrity in India.

Let’s have a look at Anushka Sen’s Latest Look

Last year she also participated in Fear Factor: Khatron Ke Khiladi season 11. Now, we all know that all these accolades are just the beginning of her successful career and she is also now going to be arguably the young host in India as she is gearing up to host a talk show named Not Just A Talk Show which will be aired on Zee Cafe.

Anushka is quite excited about her next move in her career and gave several interviews sharing some insiders about the show, she has also posted some photos on Instagram ahead of the premier of her show on July 24.

Anushka was wearing a pink gown with a sweetheart neckline, a watch and a beautiful necklace was all that she needed to look absolutely mesmerizing as she posed for a sunkissed click, she captioned the post with her feeling good vibes.

It will be interesting to see how she would manage to host a show on such a big stage and we would really wish her the best.