The Gehraiyaan actress Ananya Panday is one the most popular name in the Bollywood industry, will next be seen alongside Vijay Devarakonda. 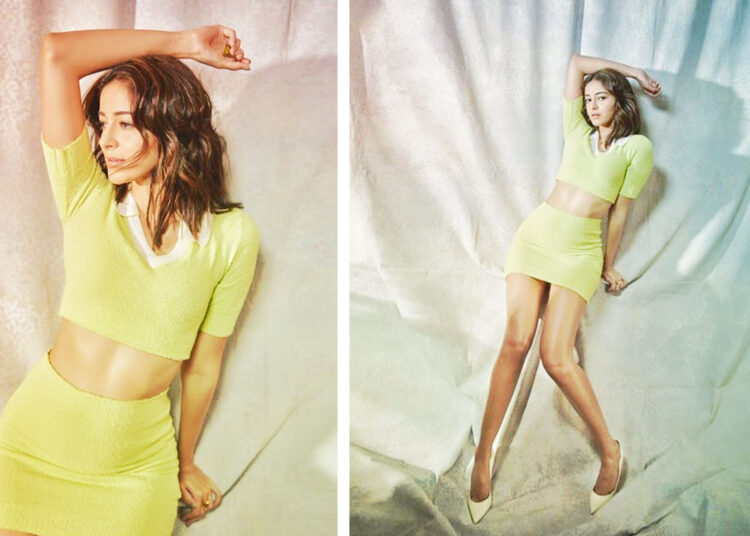 Ananya Panday is currently the most talked about a young actress in the Bollywood industry, of course, there are Manhattan reasons for it, but ultimately every star wants media and public attention and that’s exactly what she is getting.

She made her debut in 2019 the Bollywood industry with Student of the year and since then has improved her acting significantly and constantly working on it.

Ananya is quite busy these days with her schedules, she is currently promoting her upcoming movie Liger starring Vijay Devarakonda, Ananya is also in the lead role for the movie and both the stars are doing tours in multiple cities for the film’s promotion.

Liger has been produced by Karan Johar and the budget of the movie is around 100 crore which is huge and that’s the reason why the makers are making sure to leave no stone unturned.

On the other hand, Ananya has been giving her level best in mesmerizing the fans with the amazing outfits she is wearing for the promotion, recently she posted a photo on her Instagram in which she was wearing the most trendy outfit of recent times, a green co-ord set.

The 70k-worth outfit by Elleme included a knitted crop top with a white collar, she paired it with a green knitted mini skirt and Ananya looked like a late 90s girl from London who rocked the mini skirts when it was launched.

Ananya avoided any accessories, just wore pointed heels by Louboutin, put on little to no makeup, and left her wavy hair open, she looked mesmerizing overall.

Liger was scheduled to be released in 2020 but was delayed due to Covid-19, finally, the movie will hit the theaters on 25th August, her other upcoming projects include Kho Gaye Hum Kahan alongside Siddhant Chaturvedi and the shootings for the film haven’t started yet.