Ananya Panday, and Other Celebs Shared After Diwali Pics

Sara Ali Khan shared the perfect Diwali treat for her fans. On Monday, she took to Instagram to share a bunch of photos from the Sunday evening late Diwali party at Amrita Pal Bindra's house. 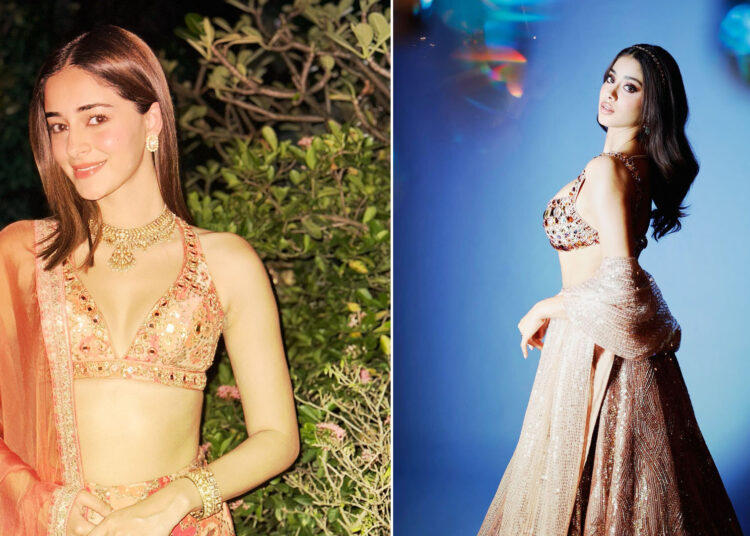 Sara Ali Khan, who attended the grand Diwali party hosted by T-Series on Sunday night, shared fun pictures on her Instagram profile. In some of the pictures, Sara is seen happily posing with Ananya Panday, Janhvi Kapoor, and Karan Johar.

In another picture, she is seen posing with her brother Ibrahim Ali Khan. She also shared a picture with fellow co-star  Coolie No 1 Varun Dhawan. Sara captioned the post, “Happy Diwali. Love, light, and prosperity to all.”

The T Series party was also attended by Shehnaaz Gill, Sidharth Malhotra, Varun Dhawan, and Guru Randhawa among others. Sara posted a picture with  her best buddies Janhvi and Ananya on her Instagram story and wrote, “Only Pyaar for these patakhs.”

In the posts, Sara was seen in a beige red lehenga, while Ananya opted for a shiny bright red saree and Janhvi sparkled in a silver plunging neck saree. The actress posed together and smiled at the camera.

Here you can check out some post of Gen Z Posts Like Sara Ali Khan, Ananya Panday, and Janhvi Kapoor.

Janhvi, Ananya Panday, and Sara were all seen in the last season of Koffee With Karan. While Ananya appeared on the show with Vijay Deverakonda to the promotion of her film liger. Janhvi and Sara appeared together.

After their episode, the host Karan Johar got some feedback that he seemed too biased towards Janhvi and so Sara felt bad.

In the last episode of the show, Karan addressed the allegations and said, “I want to tell everyone, in my defense, I love Sara. She also works with us. She is  currently doing two feature films with us, back to back.”

He went on to reveal how a technical glitch on the show had declared Janhvi the winner of the rapid-fire round, but it was later corrected that Sara was the real winner.

While the part of the show in which Sara was declared winner did not make it to the show, Karan felt guilty about it and said, “Because I felt so guilty, I started calling her hot ( Karan said about Janhvi Kapoor).