The Liger star Ananya Panday is the hottest name in the industry and she always manages to get the fan's attention with her social media posts. 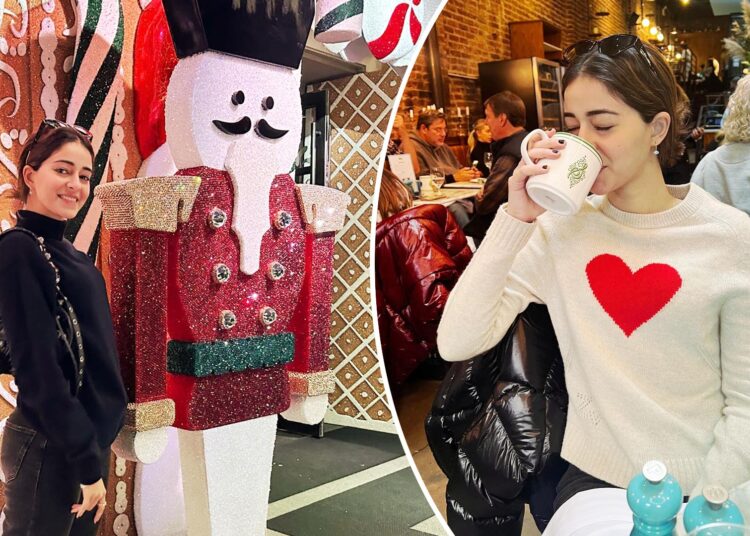 Ananya Panday is easily one of the most popular actresses in the Bollywood industry, the diva always remains in the buzz, she is a star on social media platforms, not to mention the paparazzi favorite.

Ananya made her much-talked-about debut in 2019 with Karan Johar’s Student of the Year 2 and although the movie got negative reviews, it still managed to enter the 100 crores club.

Later, she did Pati Patni Aur Woh and Khaali Peeli but both the movie failed at the box office. At the beginning of this year, Ananya starred in Deepika Padukone and Siddhant Chaturvedi starrer movie Gehraiyaan, the movie didn’t find much success but Ananya’s performance in the movie was appreciated.

In August, she was starred alongside Vijay Deverakonda, in the movie Liger, it created lots of hype but for all negative reasons and even failed at the box office.

Here you can check out some pictures of Ananya Pandey from NYC.

Now, leaving aside her movie’s success, Anaya is still a huge name in the industry and she attracts many popular brands, and recently a jewelry brand invited her to an event in New York City and it seemed like she fell in the love with NYC as everyone does.

Ananya Panday shared a bunch of photos on Instagram where she has over 24 million followers, in one of the pictures, she was wearing a white sweater with a heart made on the center while she was enjoying a hot coffee, in another one, she paired a black high-neck sweater with a charcoal shade jeans and posed beside a cartoon, she also dumped some really cool photos from the streets of NYC which were amazingly beautiful.

Ananya was looking truly fresh and mesmerizing in the pictures and many Bollywood celebrities commented on her post including fellow Bollywood diva Katrina Kaif. Meanwhile, on the work front, Ananya will next be seen in Kho Gaye Hum Kahan and Dream Girl and both the movies will be released next year.