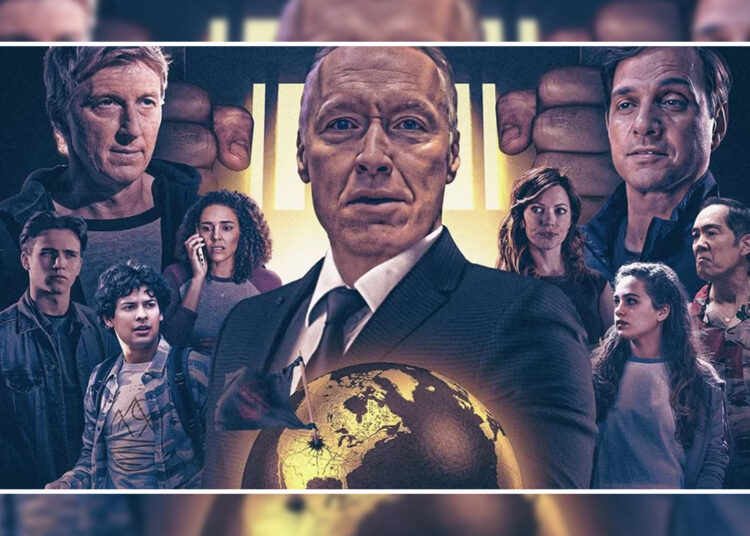 Cobra Kai Season 5 Update: Renowned martial arts film series ‘The Karate Kid’s popular sequel ‘Cobra Kai’ which aired in 2018 is returning with a brand new season this September. Jon Hurwitz, Josh Heald, and Hayden Schlossberg have created this series. The series was first announced to be developing on August 4, 2017. For the first two seasons, the series streamed on YouTube Premium. On June 22, 2020, Netflix announced to have acquired the right to stream ‘Cobra Kai’.

The plot of the sequel is set thirty-four years after the incidents of ‘The Karate Kid’ films. The new series focuses on the point of view of Johnny to re-examine the Miyagi Verse. As a number of years have passed since he was defeated by Daniel LaRusso, Johnny Lawrence, now in his 50s, has decided to reopen the Cobra Kai karate dojo.

The old rivalry between Daniel and Johnny gets rekindled again in the sequel. The fourth season of the series ended with a shocking outcome in the All-Valley Tournament. Presumably, season 5 will focus on the antagonist Terry Silver’s effort to expand the empire of Cobra Kai. The “No Mercy” style that he wants to establish in the town as the only kind of game will also be focused upon.

Cast Members of ‘Cobra Kai’ Season 5:
Ralph Macchio-
‘The Karate Kid’ franchise’s protagonist Daniel LaRusso who again appears in the sequel is played by American actor-producer Ralph George Macchio Jr. reprising this role from the first film of the franchise in 1984. His recurring tv series roles include ‘Eight Is Enough, ‘Ugly Betty, ‘The Deuce’ etc. Apart from ‘The Karate Kid’ films, Macchio starred in movies such as ‘Up the Academy’, ‘The Outsiders’, ‘Distant Thunder, ‘Can’t Be Heaven’, ‘Hitchcock’, ‘A Little Game’, ‘Lost Cat Corona’ etc.

William Zabka-
‘The Karate Kid’ film’s central antagonist and the rival of Daniel LaRusso- Johnny Lawrence is played by American actor producer and martial artist William Michael Zabka. He reprises this role from the first Karate Kid movie. He starred in the spy thriller series ‘The Equalizer’ as Scott McCall from 1985 to 1989. He also appeared as a guest star in the series Robot Chicken’,

‘How I Met Your Mother, ‘Psych’, ‘And Gortimer Gibbon’s Life on Normal Street. Some of the films in which Zabka starred are ‘National Lampoon’s European Vacation’, ‘Dreams of Gold: The Mel Fisher Story’, ‘High Voltage’, ‘Landspeed’, ‘Antibody’, ‘Hot Tub Time Machine, ‘Where Hope Grows’ etc.

Courtney Henggeler-
Reprising her role as Amanda LaRusso, who is Daniel’s wife and the co-owner of LaRusso Auto Group, is played by American actress Courtney Henggeler. She is also known for portraying Missy Cooper, Sheldon’s elder sister, in the popular sitcom ‘The Big Bang Theory.

She also appeared in the series ‘Working Class’, ‘Mom’, ‘Royal Pains’, ‘Franklin & Bash’, ‘Faking It’ etc. She also starred in the films Kristin’s Christmas Past, ‘Feed’, ‘Nobody’s Fool’ etc. In the upcoming movie ‘The Boys in the Boat’ she will be starring as Hazel Ulbrickson.

Xolo Maridueña-
Johnny’s next-door neighbor Miguel Diaz is played by American actor Xolo Maridueña in the series. From 2012 to 2015 Maridueña played the role of Victor Graham as a guest actor in season three and as the main cast from season four to season six of NBC’s family comedy-drama ‘Parenthood’.

He also plays as voice cast in ‘Victor and Valentino’, ‘Cleopatra in Space, and ‘Batwheels’. He will portray DC’s superhero character Jaime Reyes aka Blue Beetle in the upcoming 2023 movie ‘Blue Beetle. He won the Young Artist Award for his role in ‘Parenthood’.

Mary Mouser-
Samantha LaRusso who is the daughter of Daniel and Amanda is played by American actress Mary Mouser. She played a recurring role in ‘NCIS’ and main roles in ‘Life Is Wild’ and ‘Body of Proof’.