Cobra Kai Season 5: Who is Tanner Buchanan, and where have you seen him before?

by Avilika Dhara
Reading Time: 3 mins read
A A
3 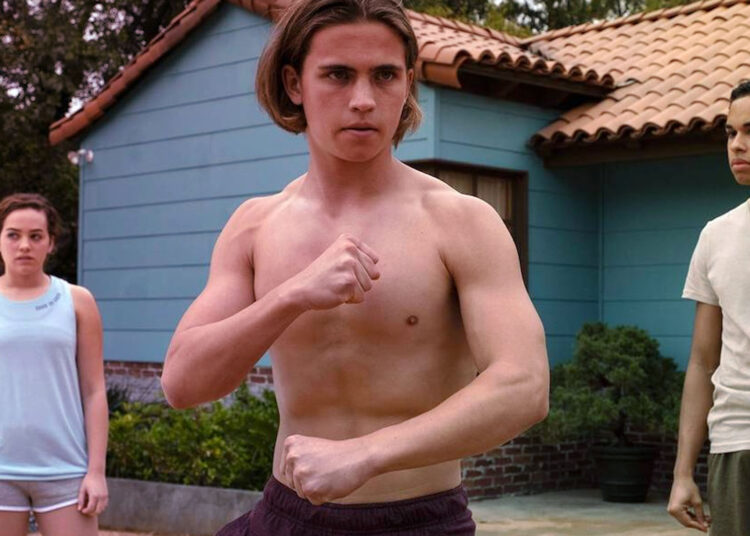 Cobra Kai Season 5 is releasing today and if you don’t know Robby Keene on Cobra Kai is played by Tanner Buchanan. He’ll be returning for the next fifth season of the Netflix drama, which premieres on September 9.

In Cobra Kai, Ralph Macchio and William Zabka, both of whom appeared in The Karate Kid movies, are old adversaries who rediscover each other as martial artists. The former portrays Daniel LaRusso, while the latter takes on the character of Johnny Lawrence once more.

Cobra Kai Season 5 has been described as follows:

As per Sportskeeda, Season 5 picks off shortly after the All Valley Tournament’s startling conclusion, with Terry Silver growing the Cobra Kai empire and attempting to make his No Mercy style of karate the only game in town. With Kreese in jail and Johnny Lawrence putting his karate training on hold to fix the mess he made, Daniel LaRusso has no choice but to reach out to an old ally.

It should be noted that YouTube served as the series’ original debut location for the first two seasons. After the second season was completed, however, the platform stopped making scripted original content. With this in mind, the show was purchased by Netflix in 2020.

Who is Tanner Buchanan in Season 5?

The actor that plays Robby Keene on Cobra Kai, Tanner Buchanan, is the subject of this article.

Is there somewhere you’ve seen Tanner Buchanan before?

Tanner Buchanan is a well-known American actor who has starred in a wide variety of films and television shows.
The 23-year-old is best known for his role in He’s All That, a gender-swapped adaptation of the 1999 film She’s All That. In addition to Addison Rae, a former TikTok star turned actor, Padgett Sawyer was played by the movie’s female protagonist in 2021. Buchanan played Cameron Kweeler, the hapless victim of a challenge who is transformed into prom king by Sawyer.

Buchanan made his acting debut in the lead role of a major television series in 2016 with the political drama Designated Survivor, playing the part of Leo Kirkman.

The Fosters, Fuller House, Girl Meets World, The Goldbergs, and Grey’s Anatomy are just a few of the hit shows in which Buchanan has made guest appearances. In addition, he will co-star with Sebastian Croft (Heartstopper) in the upcoming film How to Date Billy Walsh.

And his recurring role as Robby Keene in the Cobra Kai movies has made him a huge star. As season 4 of Cobra Kai came to a close, Robby and his father had reconciled their differences. While things continue to deteriorate in Robby and Miguel’s (Xolo Mariduena and Peyton List) relationship, there is a possibility that things may heat up between Robby and Tory.

Tanner Buchanan has a million-dollar net worth, as reported by the website Celebrity Net Worth.

On September 9, 2022, you may watch the fifth season of Cobra Kai on Netflix.