Cobra Kai Season 5: Sean Kanan Is All Set To Return As Mike!

Almost every cast of Cobra Kai is returning with season 5, along with Sean Kanan as Mike! 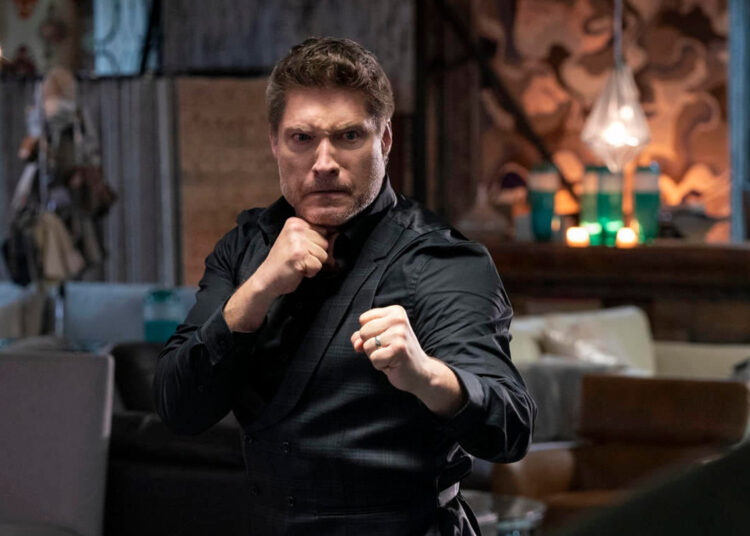 Cobra Kai Season 5 is a great series that has been released in the martial arts. And that is the reason why the renewal and its release every year have left a great impact on the audience. This also becomes one of the reasons why the audience wants almost every actor and character to return in the new season. That’s what happening in Cobra Kai Season 5 where we will be seeing Sean Kanan. He is all set to return with his character called Mike.

The first look of Cobra Kai Season 5 has finally come and we can see Sean Kanan as Mike. It is now confirmed that Sean Kanan will be returning from Season 5 of Cobra Kai which he has originated back in 1989 as an action film. He was there in The Karate Kid 3 and also on the Netflix series that is based upon this.

The television sequel of The Karate Kid which is Cobra Kai has finally come after 34 years. And that is the reason why there were only a few chances that we would be getting Sean Kanan back. He is all set to come with a new season that is going to release on 9 September 2022.

The trailer was already released in May 2022 and we will see how students are preparing for their future events and tournament. Coming to the details of Sean Kanan coming back then it was unknown till the trailer. It was later on confirmed by the makers.

Talking about Cobra Kai Season 5 then it is all set to come back again with the same casting and characterization. So to take a look at all the characters and their actors, apart from Sean Kanan, then here are the names:

Ralph Macchio would be here as Daniel LaRusso, William Zabka as Johnny Lawrence, Courtney Henggeler again as Amanda LaRusso, and Xolo Maridueña would be again as Miguel Diaz, Tanner Buchanan would be there as Robby Keene and many more.

Coming to the plot then it was revealed by the producer Josh Heald, Hayden, and Jon Hurwitz that “As Terry Silver calls upon some old friends to put the Valley in a stranglehold, Daniel and Johnny are going to need all the help they can get to stop Cobra Kai in its tracks.”