nearly 29 years later, "Hocus Pocus" is coming up with it's part 2 and every witchcraft fan is overwhelmed now 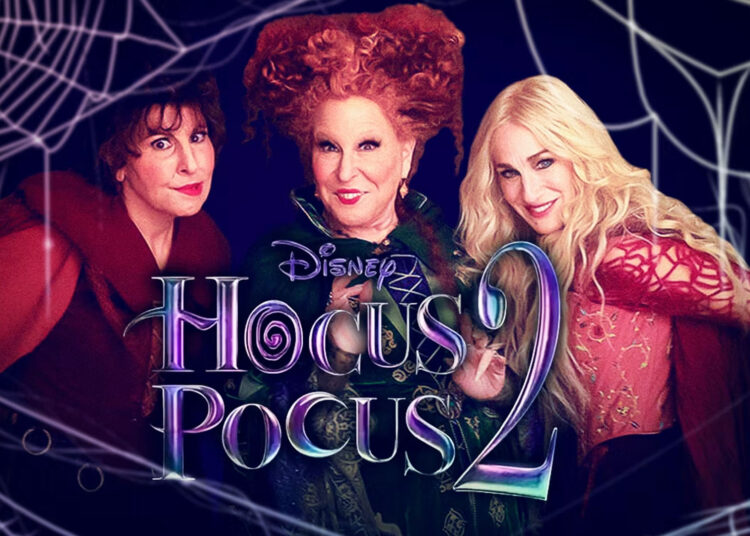 The upcoming film will portray incidents in the life of the sister trio Winifred, Sarah, and Mary. With the tagline, ‘We’re Back, Witches’, are you ready to witness the magical, spell-working, and wizardry instances of the film!!

Down below, we provide you with the latest information on the release date and cast of this film. Read carefully as you wouldn’t want to miss any detail.

A sequel to the 1993 film Hocus Pocus, “Hocus Pocus 2” is ready to make an appearance on your screens. The production for the same had begun in October of 2021 and got completed in January this year.

However certain shots were not clear which led to their re-shooting in June. After all such tasks, the film is almost ready to be aired and we just can’t wait. A teaser for the film was dropped on June 28 this year. The movie received immense love and appreciation from the audience. It recorded a total of 43.6 million views in a span of 24 hours.

Now for the final date reveal, “Hocus Pocus 2” will be premiering on September 30, 2022. It will be streamed on the Disney+ platform.

A fantasy comedy horror drama film, “Hocus Pocus 2” will soon premiere on the magical platform Disney+. If you have watched part 1 of this film then you will be surely well-acquainted with the cast of this film. Let us have a look at them :

These three magical ladies are the center of attraction in this film. They will take you through each phase of excitement and we hope you are ready for that.

Releasing on 30th September this year, get ready to witness the release of one of the finest, most glamorous, and spooky films of the year and moreover the decade!