Cobra Kai has become a huge hit with people all over the world after Netflix bought the series from YouTube in June 2020. 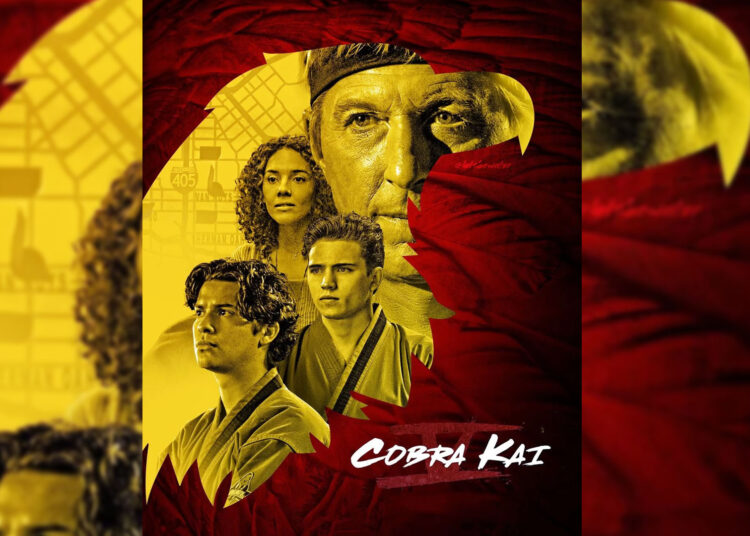 Cobra Kai Season 5 has been announced, But Is it coming in August 2022? Here we have a confirmed release date of the show. Cobra Kai has become a huge hit with people all over the world after Netflix bought the series from YouTube in June 2020. Before releasing Season 3 on January 1, 2021, Netflix showed the first two seasons of the series in 2020, introducing The Karate Kid sequel to a new global audience.

The martial arts program swiftly rose to fame on Netflix after attracting millions of new viewers who had previously admired The Karate Kid movies. After the events of Season 3, it was only natural for the show to continue with a fourth season, which was filmed in Atlanta and Los Angeles in the years 2020 and 2021. Here is everything we know about the impending fifth season of The Karate Kid spinoff Cobra Kai, which was set in motion by the conclusion of season four.

Cobra Kai Season 5: Is It Coming In August?

No, the fifth season of Cobra Kai will not be available on Netflix in August of 2022. Despite their “tradition” of releasing around the New Year, Cobra Kai Season 5 will premiere on September 9, 2022, according to a tweet from their official Twitter account.

Our New Year’s tradition just got bumped up a few months. Cobra Kai Season 5 drops Sept 9, only on Netflix. pic.twitter.com/zwV47yCG5z

The following actors and the roles they play are anticipated to appear in Cobra Kai Season 5:

By the time ,Season 4 came to a close, Daniel and Chozen had discovered that they could count on each other as allies in the fight against Silver and his dishonest strategies.

It became abundantly evident that the partnership required more when Johnny and Daniel were unable to defeat Silver despite having some advantages, and Silver continued to prevail in the All-Valley Karate Tournament with his cunning methods. Chozen thus joins the group. It’s possible that the three senseis, who have very different perspectives on martial arts, are working together to prevent young, impressionable minds from being misled.

Netflix released a teaser trailer for Cobra Kai season 5 along with the release date news. Despite being brief, it hints at a great deal of passion. Daniel works with Chozen to close down Cobra Kai dojos while Terry Silver (Thomas Ian Griffith) prepares to open more of them. Miguel appears in the teaser, so he will undoubtedly return to Los Angeles. While we wait for the release of the official full-length trailer, check out the teaser below:

The lives of Johnny and Daniel are the center of Cobra Kai’s major storyline. When they were youngsters, they both received karate instruction. However, when they get older, their lifestyles diverge significantly and dramatically. To begin with, Johnny no longer lives the same comfortable life he enjoyed when he was a child. His son Robby, who he has as a child, is not especially fond of his grandfather.

On the other hand, there is Daniel, who, along with his wife, Amanda, owns a very lucrative vehicle business. Samantha and Anthony are the couple’s two offspring that they have brought into the world. Miguel, a young boy with asthma who lives next door to Johnny, is victimized by a gang. Miguel is safeguarded by Johnny using karate against the thugs. Also, Miguel asks Johnny to teach him since he is so impressed by his talent.

Johnny finally gives up and reopens the Cobra Kai dojo after initially resisting. Johnny enrolls more students than he anticipated and becomes good friends with Miguel. Samantha, Daniel’s daughter, and Miguel start dating. At this time, John Kreese, Johnny’s brutal mentor, returns to town with plans to seize control of Cobra Kai on his own.

The rest of the plot has Johnny and Daniel teaming up to stop John Kreese from guiding all the kids down a dark road by using the sacred martial art of karate and acting brutally against them.