The Sandman Release Date on Netflix? and What we know so far

The Sandman who controls all dreams, is captured and held prisoner for more than a century. 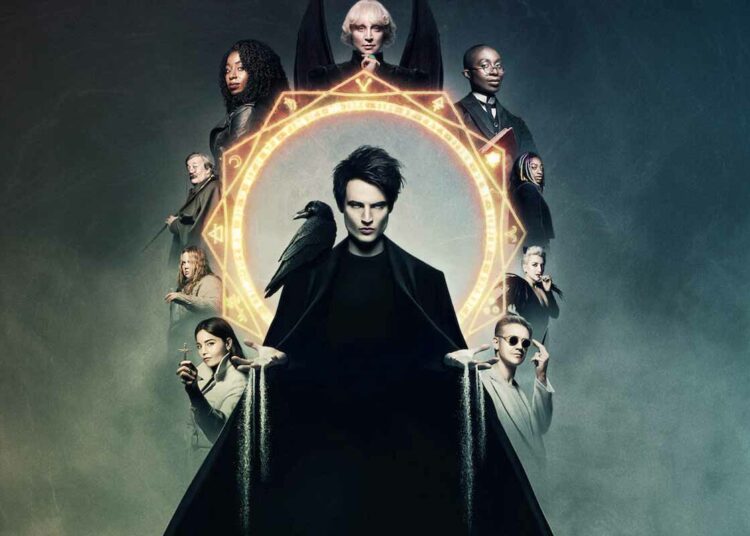 The Dream King or we should call Sandman Netflix’s new series all set to amaze you with its amazing plotline. Neil Gaiman fans’ fantasies are going to come true very soon, thanks to Netflix. Or, to put it another way, their ‘Dream’ has come true.

The streaming service is producing a TV series based on the author’s landmark DC comic book The Sandman. What can we anticipate from a television rendition of Morpheus’ narrative after years of fruitless attempts to bring it to the big screen?

The Dream King must journey across different worlds and timelines to fix the chaos his absence has caused.

Everything we learned about The Sandman is included here.

Recap of the Comic Series

Before we get started, let’s go over everything we remember about The Sandman comic series books. The Sandman #1 began in 1989, and the main plot continued for 75 volumes until 1996.

(Other supplements followed, including an essential precursor, Finale.) The show’s original logline describes Neil Gaiman’s iconic, bizarre comic book series as well as any other.

What is The Sandman about?

A gang of occultists seek to catch and confine the soul of Death in 1916. Due to an error in their enchantment, they instead catch Death’s brother Dream—called Morpheus, or The Sandman.

Decades pass whereby all dreams are lost and mankind lives in frenzied terror of the night, till one day Dream breaks his mystical prison and travels in pursuit of the artifacts of power stolen from him by the occultists.

On his journey, he encounters old biblical figures, the children of Adam and Eve, Cain and Abel and the devil, as well as the rest of his spirit family (Desire, Destiny, Despair, Death) in his quest for an identity that has been lost to him for years.

The complete trailer for The Sandman, for all of its fantasies, dreams, nightmares, and Gwendoline Christie’s Lucifer, was debuted during the 2022 San Diego Comic-Con, 2 weeks just before the series release.

Prior to that, Netflix issued a brief schedule release teaser, which offers us a taste of the dimly-lit, dark drama to come. Morpheus, the older god of dreams, has indeed been absent for a long time, and he’s now returned to a world that looks nothing like the one he left.

Also, there is a 1st-look teaser, which provides us a small piece of video from the first part of the plot, in which a group of magic enthusiasts undertake a ceremony to capture Death itself but instead summon her brother.

When will The Sandman premiere on Netflix?

We now have a release date after what seems like YEARS of waiting. Netflix revealed that the very first episode of The Sandman would be available on Netflix on August 5. Can’t Wait!

Who is in the cast of The Sandman?

Vivienne Acheampong as librarian of the Dreaming Lucienne

Kyo Ra as Rose Walker ( a victim of the Corinthian)

Patton Oswalt is the voice of Dream’s ally Matthew the Raven.

Will there be multiple seasons of The Sandman?

The very first season might very well adapt the first two books of Gaiman’s comic, “Preludes and Nocturnes” as well as “The Doll’s House”, which also concerns Dream’s flee from the occultists and search for his artifacts of power, voyaging into Hell itself to reunite with his long-lost family members, and then determining who’s really liable for a mystical magical scheme of destroying his creations.