The Sandman Release Date, and Where Did You See the Cast Members Before?

As the much awaited superhero series 'The Sandman' is releasing in this August, here is the list of its primary casting and where you have seen them before 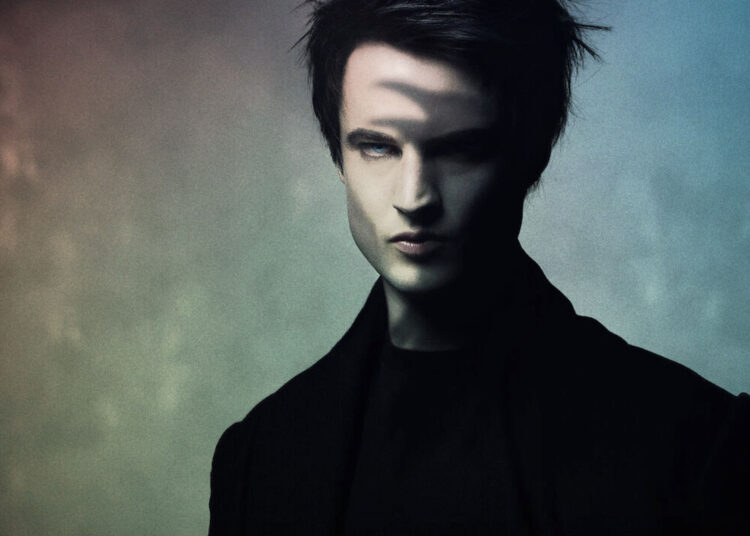 The fantasy supernatural series based on DC comics ‘The Sandman’ and starring Tom Sturridge is not even two months away from being released on Netflix with the first ten episodes.

The source story is written by Neil Gaiman who also developed the series with David S. Goyer and Allan Heinberg.

The story revolves around the titular Sandman who has been the king of dreams. His real name is Morpheus. But when for one hundred and five years he has to stay captive, everything changes. As he gets out of the captivity and resolves to fix his kingdom, he begins familiar with another name- the Sandman.

Since the 1990s, an adaptation of this comic book has been attempted several times. But the uniqueness of the story which has always proved to be very significant for readers provides a lot of difficulty for a screen adaptation.

After many unsuccessful attempts and unsatisfactory scripts, it is ultimately decided that the best version of the book can be made through no feature film, but only a limited series.

The president of DC Entertainment considers the concept of ‘The Sandman’ is rich like that of the Harry Potter universe which is why she did not want to temper the story.

The Sandman Season 1 will be released on 5th August 2022.

Morpheus is one of the seven Endless of the DC universe. Being the lord of all dreams, he is also the personification of those dreams which makes him the residence of the unreal world.

He is mutable or it can be said that he can change his appearance with the alteration of the person who is seeing him like a dream. Tom Sturridge, the actor who will be seen starring in the series, is an English actor known for his roles in films, tv series, and theatres.

His theatrical performances include ‘Punk Rock’ in 2010, ‘Wastwater’ in 2011, and ‘Orphans’ in 2013 for which he won the nomination for the Tony Award under the category of Best Actor in a Play, ‘The Trial’ and ‘American Buffalo’ in 2015. In 2017 Sturridge acted in the role of Winston Smith in the theatrical adaptation of George Orwell’s ‘1984’.

Sturridge’s tv performances include the miniseries ‘Gulliver’s Travels, the tv film ‘A Waste of Shame’, tv-series ‘The Hollow Crown’. From 2018 to 2019 Sturridge is seen playing the role of Jake in the American drama ‘Sweetbitter’. The latest role of Sturridge has been in ‘Irma Vep’, a thriller series of 2022 where he has starred as Eamonn.

Sturridge began his film career with ‘Fairy Tale: A True Story. In 2004 he appeared in ‘Being Julia’ where he co-starred with Jeremy Irons. With Rachel Bilson, he acted in the romance film ‘Waiting for Forever.

Sturridge played the role of John Everett Millais in the biographical film 2014 ‘Effie Gray’. In the movie adaptation of Hardy’s ‘Far from the Madding Crowd’, he acted in 2014. In 2017 he played Lord Byron in ‘Mary Shelley’. His other films are ‘Journey’s End’ and ‘Velvet Buzzsaw’.

Lucifer Morningstar is the DC Comic adaptation of Lucifer by Neil Gaiman. He is the main supporting character of Dream in the story of ‘The Sandman’ and later gets his own story through ‘Lucifer’.

For this role, she was nominated in 2019 for Primetime Emmy Award under the category of Outstanding Supporting Actress in a Drama Series. She also portrayed in ‘Star Wars: The Force Awakens and ‘Star Wars: The Last Jedi’ the character of First Order stormtrooper Captain Phasma.

Corinthian is a bad dream created by the lord of Dreams- Morpheus or Dream. When Corinthian becomes unsuccessful to fulfill his design, Dream destroys him. He is notable for having teeth line-like features in place of his eyes.

The character is portrayed by ‘Robert Boyd Holbrook’ in ‘The Sandman’. Holbrook was previously seen in movies like ‘Gone Girl, ‘Out of the Furnace’, ‘Logan’ and series such as ‘Narcos’ and ‘Hatfields & McCoys.

Death is one of the three siblings of Dream who is portrayed as a kind and wise anthropomorphic personification in the comic book. She guides the deceased persons to their new existence that is of dying. But she also visits newborn babies which is an unlikely trait attributed to Death in Sandman.

The actress Kirby Howell-Baptiste who will be seen playing the role of Death was previously seen acting in ‘Killing Eve’, ‘Why Women Kill’, and ‘Barry’.

The Sandman Cast and More Details, check out here!