Persuasion Release Date, Whom are we going to see and where have we seen them before? 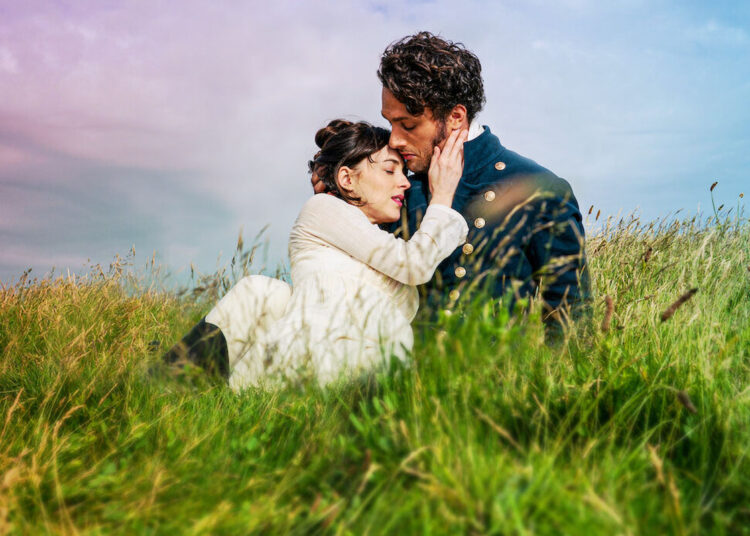 After two successful movie adaptations of Jane Austen’s celebrated novel ‘Persuasion’, after fifteen years another adaptation is on the way of released as Carrie Cracknell’s ‘Persuasion’ is only one month away from being premiered. In April of 2021, Dakota Johnson was announced to be starring in the main role in the upcoming film.

In the next month, other actors and actresses join the cast of the movie. The filming of the movie began this month only. Though the plot of the movie has not been known yet, it seems the main story will be the same more or less.

Austen’s heroine Anne Elliot is a reserved mature woman with a grim past. Her broken engagement with Frederick Wentworth several years ago still pains her and her life begins to face more challenges when Wentworth again enters into her life.

Austen’s brilliance in fabricating characters like in her other novels and in showing how after much misunderstanding and pressure from other people, Anne and Frederick become able to yield in the fire of love which never really extinguished is the main attraction of the story.

The first cast member announced for this upcoming movie is ‘Fifty Shades’ famed Dakota Johnson. Both of Johnson’s parents are actors and actresses. At the age of ten, she first entered the world of acting through a minor role in ‘Crazy in Alabama which was a dark comedy movie.

After completing high school she started auditioning for movies and series. Her breakthrough role came in 2012 through the action-comedy movie ’21 Jump Street’.

She reprised her role in the sequels Fifty Shades Darker and in ‘Fifty Shades Faded’ respectively in 2017 and 2018. Johnson’s co-star Jamie Dornan played the role of Christian Grey who is Anastasia’s love interest in the films. For this role, Johnson was nominated for BAFTA Rising Star Award in 2016.

After appearing as Anastasia in the first Fifty Shades movie, Johnson has been seen acting in ‘Cymbeline’, ‘Chloe and Theo’, ‘Black Mass’, ‘How to Be Single, ‘Suspiria’, ‘The Lost Daughter’, ‘Cha Cha Real Smooth’ etc.

In the Fox sitcom ‘Ben and Kate’ Johnson starred in the role of the titular Kate alongside Nat Faxon who played the role of Ben. The series ran from 2012 to 2013.

For starring in ‘Suspiria’, she received Robert Altman Award with the other cast members of the film. Besides the BAFTA, Johnson was nominated for two MTV Movie & TV Awards for Fifty Shades series along with a win in the People’s Choice Award.

Other Cast Members of ‘Persuasion’-

In Johnson’s opposite, in the role of Captain Frederick Wentworth, Cosmo Jarvis is seen to star.

The next year he was cast as Sebastian in ‘Lady Macbeth’ which was the debut feature film of William Oldroyd. In 2017 we see him in ‘The Marker’ and ‘Hunter Killer’. In ‘Farming’ in 2018, he stars as Jones, and in ‘Calm With Horses’ in 2019 he stars as Douglas. His last role before Frederick in ‘Persuasion’ was Saul in ‘Funny Face’.

In an upcoming Irish thriller film ‘It Is In Us All’ he will be seen portraying the main character. For ‘Lady Macbeth’ and for ‘Calm with Horses’ he won awards of Most Promising Newcomer and Best Actor respectively.

In the role of Anne’s father Sir Walter Elliot, we will see Swazi-English actor Richard E. Grant. His most significant role is Jack Hock in ‘Can You Ever Forgive Me?’ for which he won Independent Spirit Award for Best Supporting Male and was nominated for BAFTA, Academy, Golden Globe, and Screen Actors Guild Award.

He also appeared in the films ‘Bram Stoker’s Dracula’, ‘The Iron Lady’, ‘Logan’ and in the tv series ‘Doctor Who’, ‘Downton Abbey, ‘Loki’, and also HBO’s ‘Game of Thrones.

Nikki Amuka-Bird plays the role of Lady Russell who is a close friend of and who cares for Anne and for whose persuasion primarily she Anne broke the engagement with Frederick Wentworth several years ago.

Nikki Amuka-Bird is a British actress born in Nigeria who was seen to appear in a number of films and series including ‘The Omen’, ‘Jupiter Ascending’, ‘The Personal History of David Copperfield’, ‘The Outfit’, ‘Survivors’, ‘Luther’, ‘Hard Sun’, ‘Avenue 5’ etc.

Persuasion A 2022 Film: Checkout The Release Date And More