With Gaimen's hopes and stories getting transcended into the silver world, Fans are already hyped 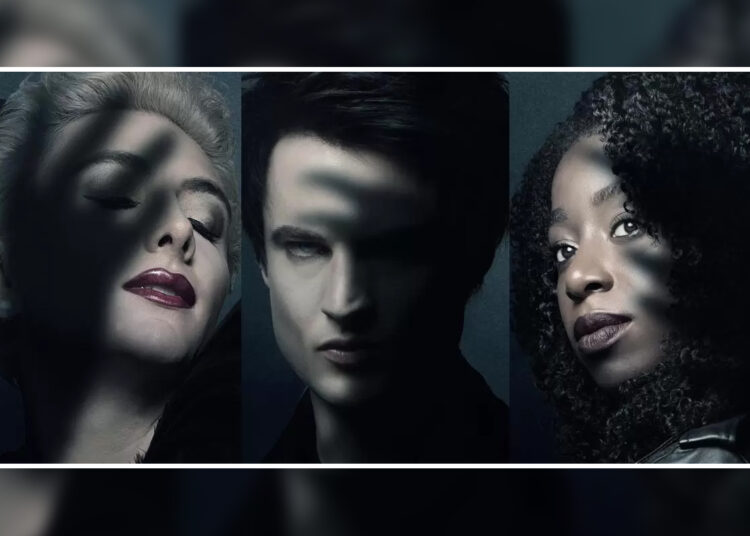 Sandman Update: Neil Gaiman’s enthralling comic is now finally going to get displayed as Netflix made the opportunity for the fans fond of the metaphysical world to rejoice at. Viewers of all sections and interests too can enjoy the DC world of comics on live screen with interesting characters to be cast.

Gaiman’s always yearned about putting down his imaginations into reality. Earlier, his efforts to negotiate were turned down by several production houses.

However, this time he didn’t fail to join hands, when Netflix offered him a handsome package with a formidable team of casts and producers no one can simply think twice about it.

The teaser unveiled by Netflix gives us a short idea of the story where Roderick Burgess accompanied by his fellow mates is pulling them hard to get the grasp of death into their power and will by following their respective rituals but things didn’t follow according to their plan and things fell apart, Dream got imprisoned instead of his sister.

The Sandman takes us to the old mythical age of time when supernatural powers existed taking us beyond the limitations of space and time with lands related to the metaphysical world. It also introduces some well-known legendary characters in the likes of Shakespeare, Orpheus, and so on.

Thus, also providing space to characters from the well-known and less appeared characters of the DC universe. Also, the comic comprises 10 volumes, where it lays emphasis on the main protagonists aka Endless consisting of countless names.

The Casting team who generally are performing the roles of Endless characters are, Tom Sturridge in the guile of Dream, Death played by Kirby Howell Bapiste, Desire by Mason Alexander Park, Despair to be on Donna Preston, and so on.

On the other hand, the leading characters of Roderick Burgess are to be played by Charles Dance, Cain in the disguise of Sanjeev Bhaskar with Abel in Asim Chaudhry, etc.

The popular comic’s adapted series will consist of 11 episodes in which there are three segments of volumes “Preludes and Nocturnes,”, “The Doll’s House” along with first half of volume three, “Dream Country.”

There have been speculations about a crossover with the Locke and Key but all the ongoing controversies were blown away by Joe Hill’s tweet where he accused some articles of propagating wrong info along with expressing his desire to watch Neil’s adapted comic story on the screen.

Release Date Update: When Will It Release?

About the release date, there has been no certain Dateline when the series will hit the OTT platform but as per expectation, and presumption from the Twitter handles, it will reflect on the platform this year by the summer.