This abstract is about the cast, release date, and other details. 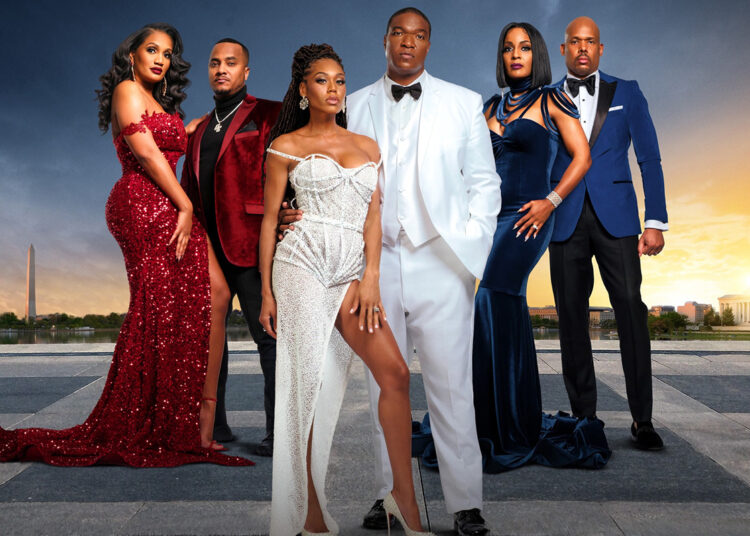 Love & Marriage- DC: Update: Carlos King, the producer of famous TV Series such as My Killer Body with K. Michelle (IMDB: 7.7) and BET Presents: The Encore(IMDB: 8.5) is all set to release a new one, Love & Marriage: DC, a derivative of Love & Marriage franchise.

OWN earlier made an announcement in a press release that, this is the first-ever franchise spinoff after the success of their hit reality TV series, “Love & Marriage: Hustleville”.

The show has the following cast of three successful couples :

The show is pivoted on Monique Samuel, the former cast member of The Real Housewife of Potomac, making a return after dropping the fifth season of the show along with Chris Samuel. Along with them, the series will also cast Erana & Jamie Tyler, the most beloved couples on the show, and Ashley Silva and DJ Quicksilva.

According to Oprah Winfrey Network (OWN), in the first season, Chris is trying to get his relationship back with Monique who is still searching for passion, post-NFL retirement, whereas, Monique’s business is flourishing.

DJ Quicksilva, is the hardest working DJ in the D.M.V area and his wife Ashley Silva is all set to enter as a Fashion Designer, Podcaster, Host, and Author. Erana & Jamie Tyler are the showstopper couples of DC. After 26 Years of marriage, they are looking up to something adventurous to keep their marriage alive and bouncing on the decision of having children.

The show will be hosted by Carlos King. King along being the CEO of Kingdom Reign Entertainment, hosts Sirium XM’s newly launched Stitcher podcast Reality with King, which reached trending one on the Apple Podcast chart on its debut.

The trailer of the upcoming TV series, “Love and Marriage: DC” is very dramatic. It starts with the introduction of what DC looks like. Luxury cars, Fashion ethics, Expensive Accessories, and the view of the city. All the couples praise the city and show off their worth of living in that city

After praising the city, each couple introduces themselves, individually. Monique Samuel & Chris Samuel do show some love initially but as the trailer moves on, they fight over very small reasons. They both are in a very dramatic relationship in the show. Erena and Jamie, the most stylish couples in the Trailer.

They show their unique bonding, and how they were able to sustain their 26 years long marriage. Next comes up, Ashley Silva & DJ Quicksilva. Ashley is a mean lady in the show, as shown in the trailer and whereas DJ Quicksilva aka Quick is straightforward.

Oprah Winfrey Network, formerly known as OWN, is a leading destination for unscripted and quality scripted for most innovative storytellers. OWN is a JV ( joint venture) between Harpo, Inc., and Discovery, Inc. OWN connects viewers on social media and beyond for their like-minded viewers and for the inspiring conversation among the global community.

Carlos King is the founder of King Reign Entertainment and is best known for creating unscripted, scripted content for the network, streaming, and digital platforms. King Reign has various hits for streaming platforms, which include Love and Marriage: Huntsville and Love and Marriage: D.C (OWN); as well as Belle Collective and Behind Every Man (OWN); Styling Hollywood (Netflix); My Killer Body with K. Michelle (Lifetime); Gucci Mane & Keyshia Ka’Oir: The Mane Event (BET); BET Presents: The Encore (BET); and more.