by Divyani Kaushik
Reading Time: 7 mins read
A A
0

Sweet Magnolias is an American romantic drama created by Sheryl J. Anderson. This show, consisting of ten episodes is based on the novel Sweet Magnolias novel by Sherryl Woods. The show first aired on Netflix on 19th May 2020 and brining huge happiness to the viewers, the show has also been renewed for its second season in 2020.

Sweet Magnolias show which became quite famous just with its first season revolves around the lives of three childhood best friends played by Swisher, Elliott, and Headley. The show is based in a small South Carolina town that “shepherd each other through the complexities of romance, career, and family,” as per the logline.

Let us talk more about this. Sweet Magnolias is a lovely and attention-grabbing series about friendship and family that is set in a fictional town named South Carolina. Lifelong friends Maddie Townsend played by Swisher, Helen Decatur played by Brooke Elliott and Dana Sue Sullivan played by Headley lift each other up as they juggle relationships with family and careers in the small southern town of calmness and serenity.

The show is basically a soap as it shows all about life and how mixed up it can get. It shows how the characters tackle very deep and dark situations as some of them wanted to have a baby while some tried to manage their financial issues.

Sweet Magnolias has Maddie who is a soon-to-be-divorced mom of three as her husband leaves her for a younger woman. Apart from dealing with the fallout from her husband’s very public affair, she’s also coping with raising her kids and managing a new business with her best friends, Helen and Dana Sue. But thanks to her new relationship with her son’s new baseball coach, former Major Leaguer Cal Maddox, things are finally starting to look up for Maddie.

While the people are waiting to get the second season on board, fans should watch these five shows that would give them the Sweet Magnolias vibes and get back to the love and friendship they witnessed in the show.

Let’s have a look at Series like Sweet Magnolias

1. When Calls the Heart

This show has set up in a small town on the Canadian frontier. The romantic drama show stars Erin Krakow as a young teacher from a privileged upbringing. The younger teacher receives a teaching position in Coal Valley, a small mining town in Western Canada.

She is likely to fall in love with a hot Mountie. Now, the fans would get to see how she deals with all her struggles and how she manages to cope with her love life.

Virgin River is also an American romantic drama show, produced by Reel World Management, based on the Virgin River novels written by Robyn Carr. The show revolves around the life of Mel played by Alexandra Breckenridge.

The character Mel is a nurse practitioner who leaves Los Angeles for a remote but beautiful small town in Northern California to start over her life after a series of long traumatic heartbreaks. She does struggle to fit in at first as her new boss played by Tim Matheson makes it difficult for her to adjust.

However, a new and fast friendship with the rugged local bartender or restaurant owner Martin Henderson turns romantic. This new lovely and romantic phase opens up a new chapter and a chance to move on in her life. This show will definitely bring back the viewers to the Sweet Magnolias feels.

Hart of Dixie is an American comedy-drama show that aired on The CW till 27th March in 2015. The show stars Rachel Bilson as Zoe Hart who is a New York City doctor who moves to the small town of Bluebell, Alabama to take over her father’s medical practice after he passes away.

The show revolves around the life of Zoe Hart where she has to deal with wacky traditions, small-town drama, and a swoon-worthy love triangle involving the town lawyer played by Scott Porter and the hunky local bartender played by Wilson Bethel.

Fans who love Sweet Magnolias are definitely going to love Hart of Dixie. This show will definitely make them feel like packing back and embarking on their own adventure to the South in hopes of finding even a little bit of what Zoe has. This is a must-watch show which will bring a lot of happiness, comedy, and romance.

With a similar plotline and similar focus on strong female relationships and a healthy dose of small-town atmosphere like Sweet Magnolias, Gilmore Girls is a great show to watch. The WB-turned-CW American drama-comedy show narrates the complex story of three generations of women played by Lauren Graham, Alexis Bledel, and Kelly Bishop.

The show has seven seasons and this show is amongst the most-watched shows. While the snappy and pop-culture referencing dialogue moves at a rapid pace and everyone in the small town of Stars Hollow is eccentric, there is still a lovely sense of community and charm about it all that fans. This is show is the perfect place to go when you want to have the sweet memories of Sweet Magnolias.

Normal People are an Irish romantic psychological drama television series and is based on the 2018 novel titled Normal people written by Sally Rooney. This love story is not just a common love story that we come across but it is a tender but complicated relationship between Irish teens Marianne played by Daisy Edgar-Jones and Connell played by Paul Mescal.

The show gives a detailed overview of their relationship from the end of high school through college. The show is undoubtedly and shockingly honest and frequently heartbreaking as periods of close friendship and intimacy between the two give way leads to becoming barriers in their little to no communication.

These fluctuating power dynamics put a strain on the relationship and the shows tell how they deal with it. Normal people is easily one of the best new shows of 2020. This show is not only worth your time but its small episodes of just 12 30-minute episodes will make you feel like you binge-watched something.

Indeed, in just the first season, the show Sweet Magnolias has become at the top of the bucket list. Now, the fans are eagerly waiting for the second season, which has been renewed easily, to come on screens as early as possible. Let us give you some insider details.

The second season of Sweet Magnolias is going to be released on 4th February i.e. Friday and will consist of 10 hour-long episodes. It is being assumed that the entire cast from the first season will return for the second season and this will include JoAnna Garcia Swisher, Brooke Elliott, and Heather Headley returning as Maddie, Dana Sue, and Helen respectively.

Never Have I Ever Season 3: Similar Shows to Watch!

Valentine’s Day Special: Movies and Series that You Can Watch on Netflix 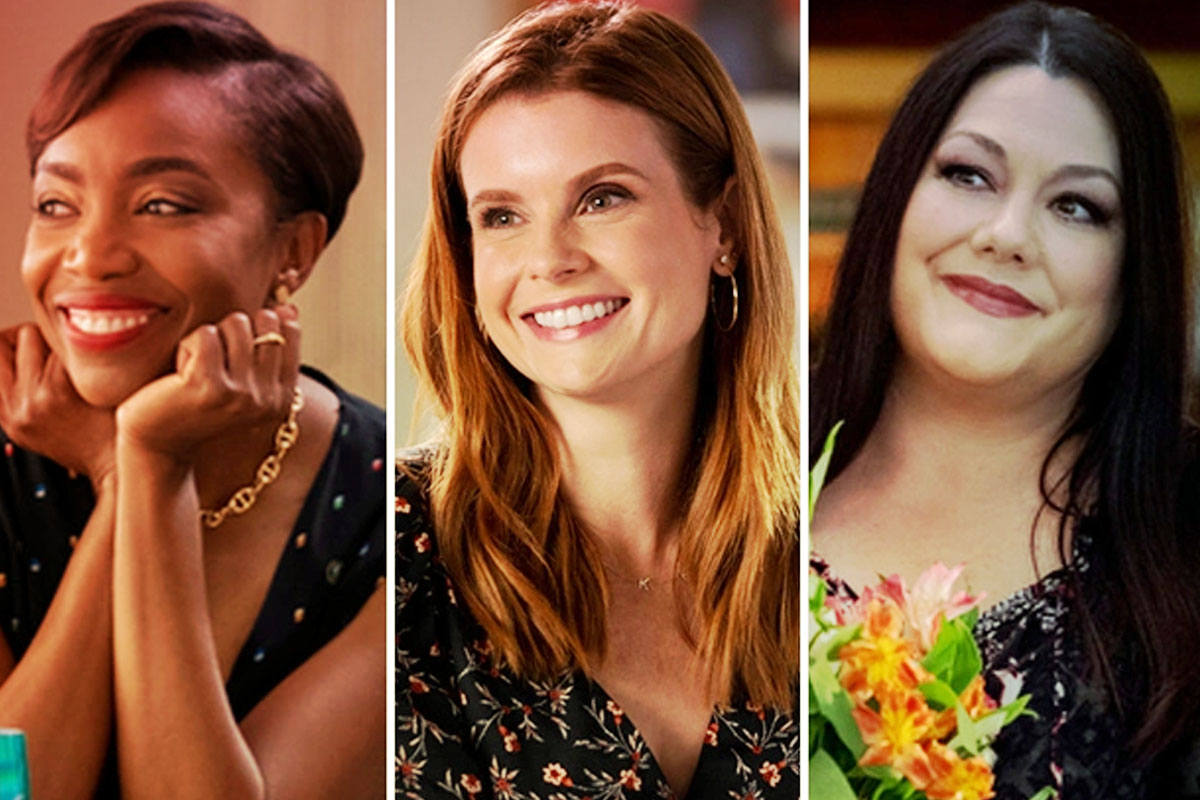 What’s New on Netflix in February 2022: TV Series, Movies And Much More