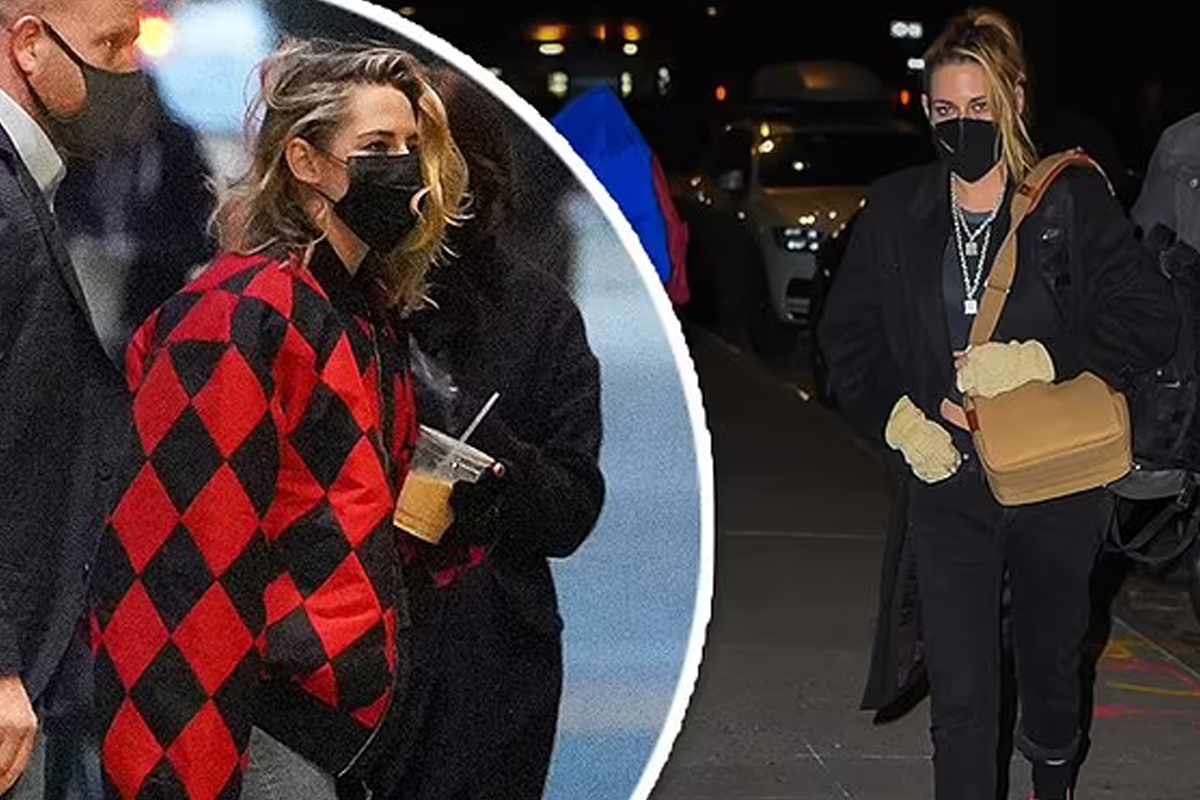 Kristen Stewart wore her dark-rooted blonde hair in a piecy ponytail as she stepped out in Manhattan with her massive bodyguard on Sunday night.

The 30-year-old César Award winner wore a crop-top underneath a black winter coat, black pants, and red suede shoes while covering herself and others with a black mask.

Kristen had been carrying an iced coffee and wearing a red-and-black checkered bomber jacket over blue pants and black-and-white checkered sneakers earlier that day.

Stewart’s fiancée Dylan Meyer, whom she began dating in 2019 after meeting in 2013 on the shooting of a film, was not present (most likely Camp X-Ray).

During an appearance on The Howard Stern Show on November 2, the former child star confirmed her engagement to the Moxie screenwriter.

Stewart has been touring the awards circuit to promote her role as Princess Diana in Pablo Larran’s critically praised drama Spencer, which has recouped $16 million of its $18 million budget.

On Sunday, the San Fernando Valley Girl told Variety, “I needed to know her.”

‘It was all about absorbing her and loving her.’ You provide the best impressions of people you know, just as you usually give your best friend the greatest impression.’

Kristen will compete for the best actress award at the 27th Critics’ Choice Awards, which will show on the CW/TBS on March 13th.

Stewart concluded her mysterious part on the set of David Cronenberg’s sci-fi drama Crimes of the Future in Athens, Greece on October 16, and the film is expected to premiere at the Cannes Film Festival in May.