A close source has revealed that Raven Software has hired over 100 new talents in the last year. Raven Software has been in the business for a long time and is known for creating first-person shooter games. They have developed games like Heretic (1994) and Wolfenstein (2009).

Their most recent project was Call of Duty: Warzone, a battle Royale first-person shooter. The game is constantly evolving with new updates and events.

The constant evolution of the game calls for an abundance of attention from Raven Software. The developer is constantly making updates in the game to maintain the game’s balance. The recent update in the game has increased the time to kill. Time to kill is the amount of time that a player must shoot at any enemy to make sure to kill them. The increased time to kill will make players track and hit enemies for a longer amount of time.

ScreenRantRaven Software has reportedly hired 100 new employees in the past 12 months. The rapid hiring has grown the studio by 50%. It is quite a large amount of influx of talent for a year.

Raven Software has hired 10 designers, 12 producers, over 30 artists, and animators, and nearly 40 programmers and testers. They have also taken in some notable employees like Ted Timmins, the game director of the upcoming game Far Cry 6. Timmins will be assuming the role of a new creative director for Warzone. Manuel Torres Pineda who was the lead animator at Respawn Entertainment was also among the new hires.

Call of Duty: Warzone’s immense popularity demands attention from Raven Software. The developing company is very intolerant of hackers and has banned nearly 50,000 cheater accounts. There have been two ban waves, which Raven Software had announced on Twitter were to target repeated offenders. The ban waves are not foolproof as some cheaters still pass through undetected. A few days ago, a player was found using a ‘God Mode’ cheat on the game. 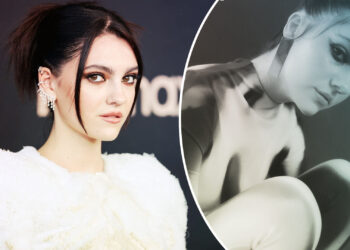